Often pursued to be used as baitfish, hickory shad can be found in both fresh and saltwater from Maine to Florida. These fish are most often caught by either fly fishing or upstream casting. Since these fish aren’t very big, small lures work best for catching them.

How to identify Hickory Shad

Hickory shads have flat bodies that are green-gray dorsally and silver on the flanks. On the shoulder area, they have a dark marking and a few, less significant smaller markings. Its tail is deeply forked with pointed lobes. American shads have a lower protruding jaw, whereas the hickory shad does not.

Where to catch Hickory Shad

Hickory shads are both freshwater and saltwater fish. Although they mainly stay at sea, they venture into freshwaters to spawn in the spring. These fish can be found from the Gulf of Maine down to northern Florida. They are especially abundant near North Carolina and the Chesapeake Bay. In the spring, hickory shads spawn in the freshwaters starting in Maryland’s Patuxent River down to Florida’s St. John’s River. 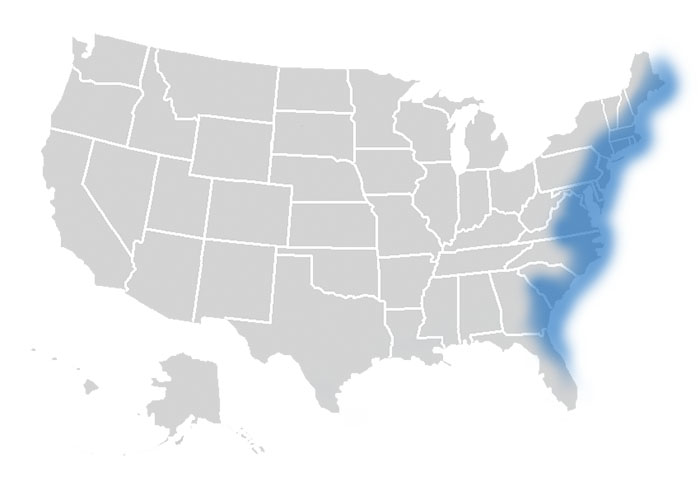 The following are habitats where you can catch Hickory Shad:

How to catch Hickory Shad

Hickory shad are mostly used as baitfish. They work great for attracting catfish, trout, stripers, and walleyes. Spring spawning is an optimal time to fish for hickory shad in rivers. Anglers should use light, spinning tackle with lures, such as spoons or darts, rigged for 4-8 lb. test. Shad darts work best when casting against currents in rivers. Nets can also be an effective option. This allows anglers to catch several at one time. The best fishing methods to use when trying to catch hickory shad are fly fishing and upstream casting.

The following are effective fishing methods and techniques for catching Hickory Shad:

When fly-fishing, lures that are the most effective are small, minnow-type lures. Flasher rigs also work very well for catching several hickory shad at a time.

The following are fishing lures, bait and tackle that can be used to catch Hickory Shad: