Yellow bass are a feisty panfish that can be found in several states across the U.S. They can be caught using several different methods, including fly fishing, bait casting, drift fishing, spin casting, still fishing, and trolling. The best time of year to catch them is in the spring and summer. 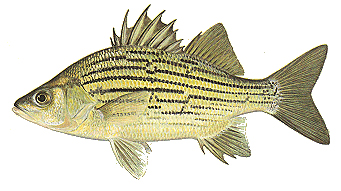 How to identify Yellow Bass

Because they are closely related, the yellow bass bears a similar resemblance to white bass. What sets them apart are the yellow-gold flanks in yellow bass and the five to seven black stripes running horizontally down its body.

Where to catch Yellow Bass

These fish are found in Mississippi, Alabama, Texas, Michigan, Wisconsin, Minnesota, and Arizona. Introductions have been made to other states as well. They prefer to inhabit backwater areas that feed into lakes, streams, rivers, and reservoirs. 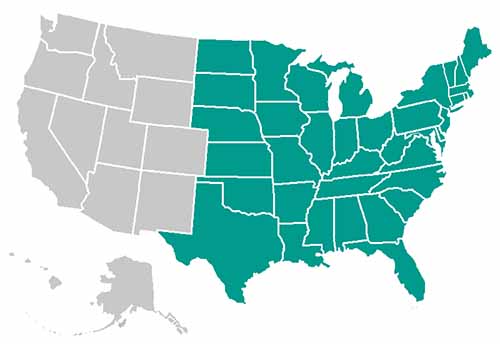 The following are habitats where you can catch Yellow Bass:

How to catch Yellow Bass

Yellow bass are often caught on light tackle, and because they are feisty, panfish anglers like to pursue them. Many anglers fish for them during the spring and summer months. Several methods of fishing will work to catch these fish, though bait casting and fly fishing seem to be the most popular. Other methods to try include drift fishing, spin casting, still fishing, and trolling. To catch yellow bass, look for a school of them, then follow them until the lure can be placed in just the right spot to snag one.

The following are effective fishing methods and techniques for catching Yellow Bass:

Live bait, such as minnows, are generally the best option for catching yellow bass, though flies can also work well.

The following are fishing lures, bait and tackle that can be used to catch Yellow Bass: