Fishing with a Spinning Reel and Rod

Fishing with a spinning rod and real is quite popular with beginner and experienced anglers alike due to its affordability, ease of use, and versatility for various fishing applications. If you spend time fishing, becoming proficient with spinning tackle is important. 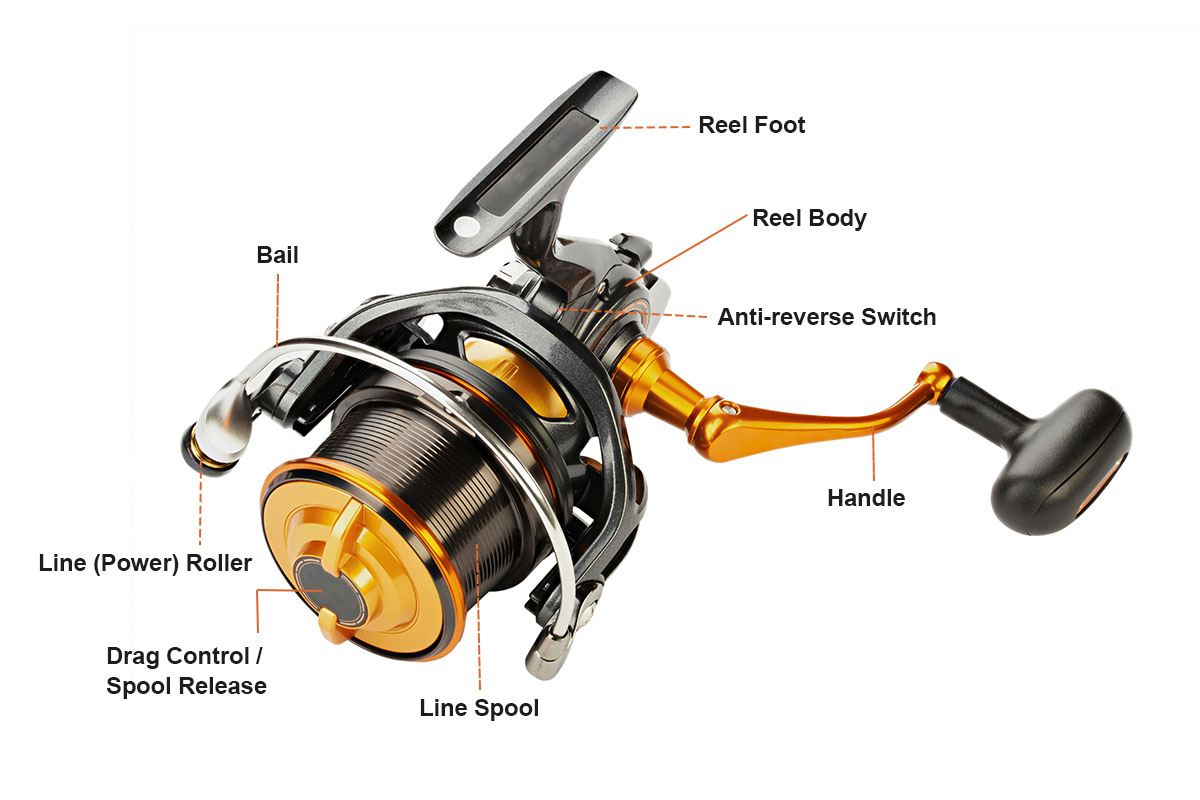 When to Use Spinning Rod and Reel

Using a a spinning rod and reel is best for:

While fishing with a spinning rod is ideal for many fishing applications, it’s not always the best option.

Spinning reels comes in various sizes, drag strengths, and quality, ranging from lower-end reels for catching a 2lb bluegill to reels strong enough to haul in a 200lb Atlantic Marlin.

Spinning reels are sized on a scale from 1000-8000 for most Western companies. The larger the number, the larger the reel size. Reels manufacture overseas might have different sizing methods, but the idea is the same. Almost all modern spinning reels will have recommendations for maximum line strength posted on the spool. Line capacities will be posted on the body of the spool. For optimal reel performance, keep within manufacturer’s recommended line strength and capacity.

Spinning reels perform best with braided lines because there is minimal resistance to the cast as the line unwinds off the spool. The reduced friction makes spinning reels ideal for casting lures of any size when paired with the correct real size. For longer casts, pair your spinning reel with a longer spinning rod.

Lightweight reels used for ice-fishing, stream fishing, and pond fishing. Reels in this size class are great for throwing spinners, jigs, and other lightweight baits in ponds, streams, and small rivers when targeting trout, panfish, or crappie.

Medium-weight reels in this size range are used by coastal saltwater fishermen and bass fishermen alike. These reels are perfect for throwing baits at redfish, flounder, sea trout, jacks, mackerel, and bluefish, which often require long, accurate casts. Bass fishermen can pair spinning reels of this size with just about any lure available, but medium-weight reels perform best with top-water lures, crankbaits, and finesse worms.

Heavy-ultra-heavy reels primarily used for big-game saltwater and freshwater species. Reels of this size are typically used for surf fishing near rocks and jetties, trolling, or deep-water jigging. Heavy-ultra-heavy reels have significantly higher line capacities and drag weights than smaller reels, which assists reeling in fiesty fish in strong currents or deep water.

The Three Systems of Spinning Reel

Spinning tackle is significantly easier to optimize for fishing than baitcasters. There are no braking or spool tension systems to worry about on spinning reels. Most of the time, just put some line on the reel, and you’re ready to make some casts. When using a spinning reel you should be familiar the following three systems: (1) the drag system, (2) the retrieval system, and (3) the anti-reverse system.

The retrieval system of a spinning reel includes the retrieval rate (ratio) and reel handle.

Although not used often, most spinning reels come with an anti-reverse switch, usually located just under the bail arm or on the reel’s body. This system prevents the reel from spinning backward when working appropriately. Because drag systems on reels are significantly more powerful and smooth than they were a few decades ago, the anti-reverse switch has lost its practicality on many spinning reels. However, some old-school anglers still use this system when reeling in feisty fish.

Adjusting the drag when fighting a larger-than-normal fish is significantly more straightforward than trying to reel backward while maintaining equal pressure on the fish. Our advice, let the drag system do the work and ignore the anti-reverse system regardless of what some old-school anglers will tell you.

Finding quality reels made of quality materials is easier than ever online. Ultra-cheap spinning tackle, with plastic interiors and exteriors, are significantly more challenging to use and maintain than mid-tier reels. On cheap spinning reels drags are laughably bad, casting is more challenging, and the reels are likely to fall off at any moment. So there’s no reason to buy inferior quality products that will make fishing less enjoyable.

If you are going to get someone into fishing, the last thing you want is for that person to lose a fish because the plastic reel they were using broke in half in their hands. So our advice is, if you plan on getting someone into fishing, get them a decently constructed spinning reel and see where it takes them.

Steps to Cast a Spinning Reel

Now that you have learned what the pieces of a spinning reel are and the applications for using one, let’s try to make some casts. You can follow these steps effectively cast using a spinning reel. 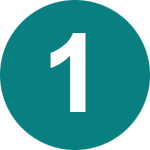 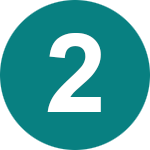 Maintain a loose grip to allow better wrist action when you cast a line. The spinning wheel needs to be below the rod. Spin the rod so that the reel mechanism sits under your wrist and then adjust your grip. 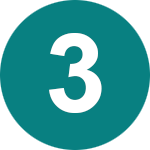 Reel in the line slowly until you have 6-12 inches of line hanging from the tip of your rod. 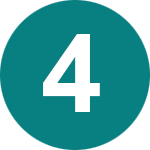 Open the bail arm then grab the line with the tip of your index or middle finger and then secure the ling gentley against the rod. 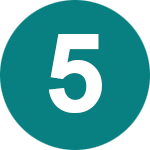 Bring the rod back up and hold it over your head just past vertical. Then use a forward throwing motion while simultaneously releasing the line with your finger. If performed correctly, the lure should fly through the air to your target spot on the water.