Sockeye salmon, sometimes referred to as Red salmon, can be found on the west coast of North America from California to Alaska. Also known as kokanee, they are the most popular of all salmon. Though fly fishing is the most popular method for catching these fish, drift fishing, jigging, still fishing, and trolling can also be effective.

How to identify Sockeye Salmon

The sockeye salmon is small compared to other salmon and has a red-colored body. The breeding male has small red spots speckled with black on its back. Females and males that aren’t breeding don’t have any spots. These characteristics identify it from other Pacific salmon. Sockeye salmon can weigh up to 15 pounds.

Where to catch Sockeye Salmon

The sockeye salmon is the most popular of all salmon. It can be found in the northern Pacific. Most sockeye are hatched in freshwater streams and rivers. After three years, they then migrate to the salt waters of the ocean. Sockeye salmon can be found from Japan to Russia, and California to Alaska, in the Pacific Ocean and its rivers and streams. There is a population of sockeye salmon that don’t migrate. They are called kokanee and can be found in land-locked rivers and lakes in Alaska, Washington, Idaho, Japan, and Russia, as well as in the Yukon and British Columbia. 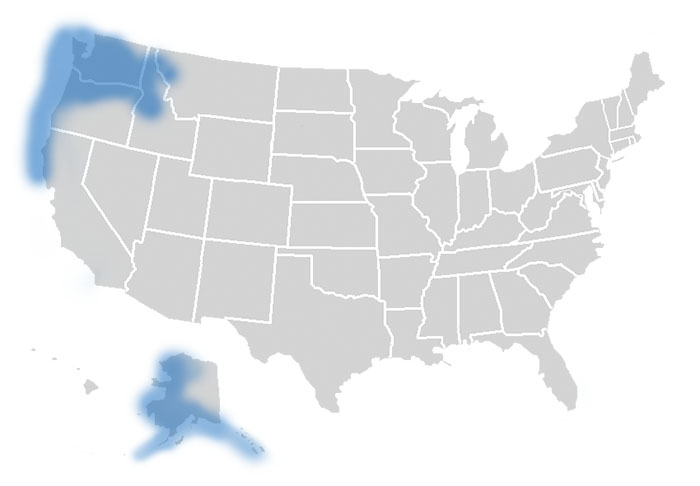 The following are habitats where you can catch Sockeye Salmon:

How to catch Sockeye Salmon

Fly fishing is the most effective method for catching sockeye salmon. Other effective methods include drift fishing, jigging, still fishing, and trolling. The best time to fish for them is from May through September. During this time, they open and close their mouths as they swim upriver. Anglers should try to get the lure to land near the fish’s mouth level. Dry flies are the best choice for waters that are more than 60 degrees Fahrenheit. In the fall, anglers should opt for larger, more colorful flies. As for fly rods, a 9-foot rod with a weight of 7-9 should suffice. For those who prefer bait-casting, 8-20 pound spinning rods are the best option.

The following are effective fishing methods and techniques for catching Sockeye Salmon:

Good bait choices for sockeye salmon include worms, shrimp, maggots, or crawfish. Use a small hook with small portions of bait. A shiny metal spoon or plug are good choices for fishing lures.

The following are fishing lures, bait and tackle that can be used to catch Sockeye Salmon: