The palometa is a popular game fish that is most commonly found in the Atlantic and the Caribbean. Known to hang out near surf zones, these fish can be caught by spin casting, surf casting and jigging. The palmetto is a somewhat picky fish that prefers smaller baits, like sand fleas. 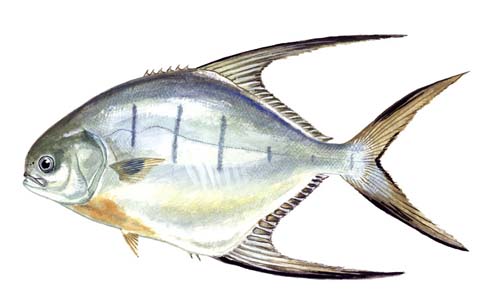 The palometa is also known as the great pompano. It is silvery blue in color and has a forked tail. They are often confused with the pomfret. Anglers can tell the two apart because the palometa’s belly is tinged with orange. It also has four narrow, silver bars on its sides, which are absent from the pomfret. Unlike other relatives in the same family, palometas do not have scutes on their tails.

These fish can be found in the Atlantic and the Caribbean. They have been spotted from Argentina up to Massachusetts and over to Bermuda. They also live in the Gulf of Mexico. The largest population of them can be found in Southern Florida. They prefer inshore/shoreline waters near reefs at depths up to 20 feet. They also like to hang out around surf zones. 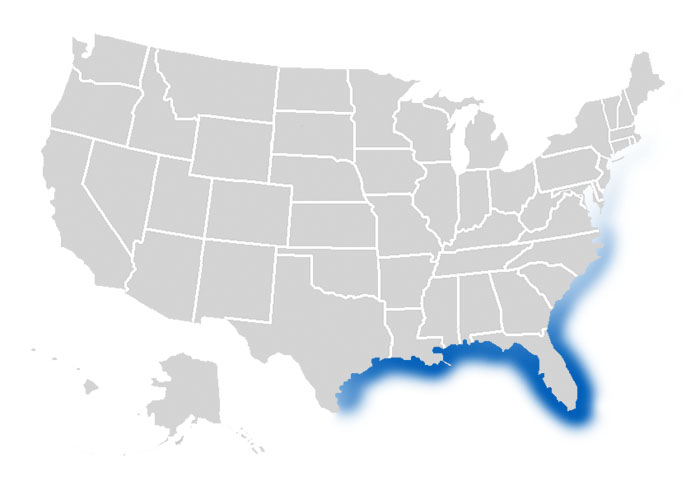 The following are habitats where you can catch Palometa:

The palometa is a common game fish. Anglers often catch them by popping corks or jigging, though they can also be caught by spin casting and surf casting. They tend to stay near the bottom, so anglers should come equipped with heavy lures. When choosing lures, anglers should pay attention to the color of the water. If it is clear, choose yellow, white, or brown lures. However, if it is murky, choose brighter colors, such as orange or pink. Palometa are smart fish that won’t bite on just anything. Anglers should choose very small baits, such as mole crabs or sand fleas. Look for them near oil rigs in the winter. Anglers should note that once they have a palometa on the line, they should be prepared for a good fight.

The following are effective fishing methods and techniques for catching Palometa:

When fishing in surf zones near floating weeds, the best choices are small lures and baits, such as glass minnows, silversides, bay anchovies, crabs, and shrimp.

The following are fishing lures, bait and tackle that can be used to catch Palometa: