The spotted hake, also called the “spotted codling” can be found from Florida to Massachusetts and in the Gulf of Mexico. These fish can be caught by bottom fishing, bait casting and surf casting. They respond best to baits, such as clams and squid.

How to identify Spotted Hake

Spotted hakes are also known as “spotted codling.” Their bodies have white spots that stand out against the dark brown lateral line that runs from their head to tail. These spots are how these fish got their name. The coloring on the bodies of spotted hakes is brown, while their abdomens are white. They have a small barbel hanging just below their chin. Their black-tipped dorsal fin is small and is one of their identifying characteristics. Both their second dorsal and anal fins go as far back as their tail. Adult spotted hakes can grow as long as sixteen inches.

Where to catch Spotted Hake

These fish are found in the northeastern part of the Gulf of Mexico and from Florida up to Massachusetts. They are not migratory, but as winter sets in, they will move to the depths of continental shelves. Spotted hakes are bottom dwellers that prefer rocky and grassy bottoms. Juveniles, on the other hand, prefer estuarial waters. 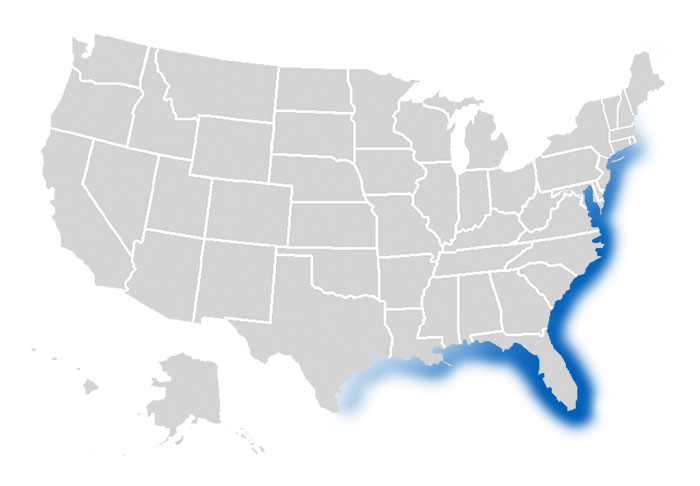 The following are habitats where you can catch Spotted Hake:

How to catch Spotted Hake

The spotted hake is a bottom dwelling fish. The best method to use for catching these fish is a bottom rig baited with pieces of bait. Other popular methods include bait casting and surf casting. These fish aren’t popular among anglers and are often caught by accident. The larger spotted hake can be found out in deeper water.

The following are effective fishing methods and techniques for catching Spotted Hake:

Spotted hake respond best to baits, such as clams, cuts of fish, and squid strips.

The following are fishing lures, bait and tackle that can be used to catch Spotted Hake: