The southern kingfish is a bottom-dwelling fish that can be found in large numbers from Florida to Massachusetts. These fish can be caught by still fishing or surf casting with bottom baited rigs. The most effective baits to use for them are shrimp, squid, and live bait.

How to identify Southern Kingfish

Where to catch Southern Kingfish

These fish can be found in inshore and offshore waters of up to 30 feet deep. They’ve been spotted from Argentina up to the Gulf of Mexico and are commonly present from Florida up to Massachusetts. They general live in areas with grassy, muddy, or sandy bottoms. Sandy beach waters provide them with a meal of crabs and various crustaceans, which have been opened/dislodged from the crashing waves. Young southern kingfish have a tolerance for estuarial waters with low salinity. 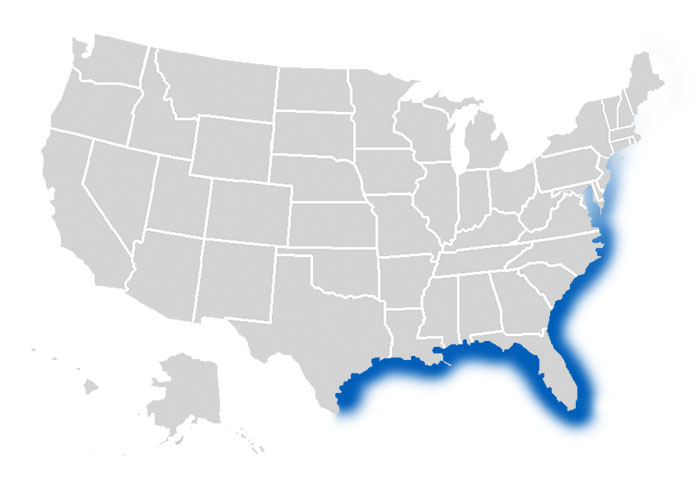 The following are habitats where you can catch Southern Kingfish:

How to catch Southern Kingfish

The peak fishing season for the southern kingfish runs from September through November and April through May. They respond best to baited bottom rigs and are not very fond of lures. Look for them out in areas just past where the waves are breaking on the beach. The best methods for catching these fish are still fishing and surf casting.

When surf casting, place your bait using a small hook or bottom rig just past where the waves break on the beach.

The following are effective fishing methods and techniques for catching Southern Kingfish:

The following are fishing lures, bait and tackle that can be used to catch Southern Kingfish: