Also known as Cubera Snapper, Pacific Snapper or Cuban Snapper, the Dog Snapper is the larges of all snapper species. The best method for catching Dog Snappers is bottom fishing using live fish bait (such as skipjack tuna) near rock structures.

How to identify Dog Snapper

Dog snappers have a dark-green coloring on their sides with a rusty hue. When their mouths are closed, their canine teeth in their upper jaw show. They have a light-colored, triangular-shaped marking as well as a row of blue markings just below their eyes.

Where to catch Dog Snapper

Dog snappers can be found in the Atlantic Ocean. They live in the Gulf of Mexico, the Caribbean, and from Brazil up to Massachusetts. These fish tend to stay close to reefs or rocky outcrops in waters up to 180 feet deep. Young dog snappers prefer the inland waters of rivers and estuaries where they like to hide in mangrove areas. They are solitary fish, often choosing to stay in seclusion and only coming out to feed at night. 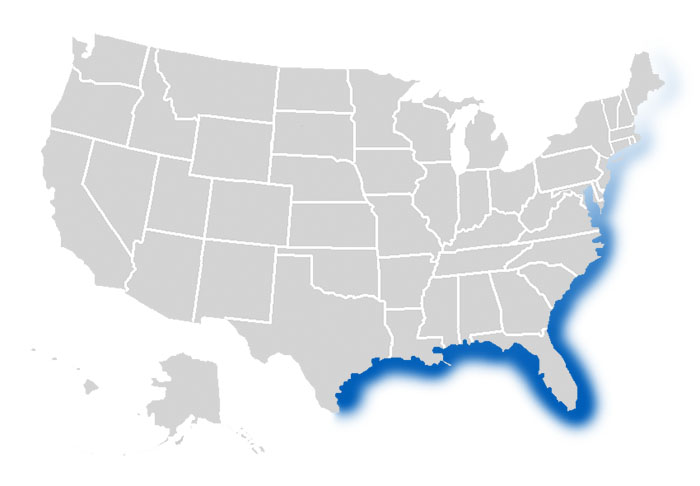 The following are habitats where you can catch Dog Snapper:

How to catch Dog Snapper

The dog snapper is a great sport fish because it can put up quite a fight. Though they are considered “vulnerable” due to overfishing, they can be caught year-round both commercially and recreationally. The best time to catch them is during spawning from May to August when they are found in shallow waters offshore.

Anglers typically use 16 oz. leads and 150 lb. leaders to bottom fish for dog snappers. The best time to catch one is at night when they are feeding. Once one is on the line, they should be pulled in fast while the rod is held firmly. The best locations to fish for Dog Snappers is near reefs or rocky structures at a depth of about 150 feet.

The following are effective fishing methods and techniques for catching Dog Snapper:

The best bait to use for dog snappers is live bait, including crustaceans, lobster, and jacks. They will also respond to lures, such as jigs, spoons, feathers, and plugs.

The following are fishing lures, bait and tackle that can be used to catch Dog Snapper: