The 6 Types of Fishing Reels – Which is best for you? 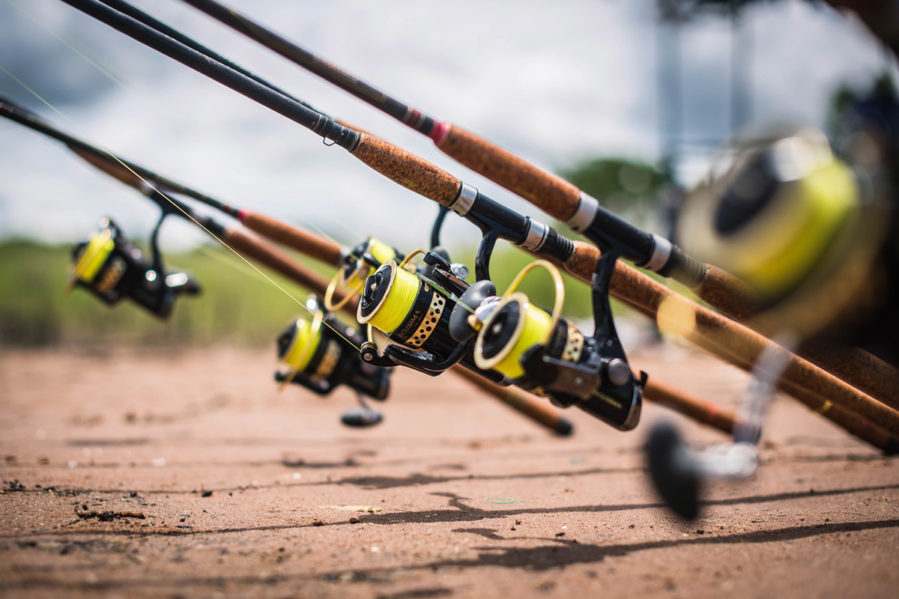 When it comes to fishing reels, it’s not enough to simply buy the one that looks the coolest. As with rods, there are many other things to consider before choosing the best reel for you.First, you’ll want to think about the type of fishing you’ll be doing. Then, you’ll want to consider more practical things like how durable it is, how difficult it is to handle and how much money you’re willing to shell out.

There are three main types of reels to choose from: spincast, spinning and baitcast. Although the general idea is the same, they all have specific features that can make them more effective depending on the fishing situation and your experience level. In this guide, we’ll explain each type in detail to help you better understand their pros and cons. Armed with this information, you can feel confident that you’re choosing a reel that will suit you well.

Spincast reels are perfect for beginners due to their simplicity. There’s nothing complicated about them, which also makes them a good choice for more experienced fishermen who don’t want the hassle of dealing with complex gear. And if you don’t want to spend a lot of money, baitcast reels are your best option because they’re the least expensive. 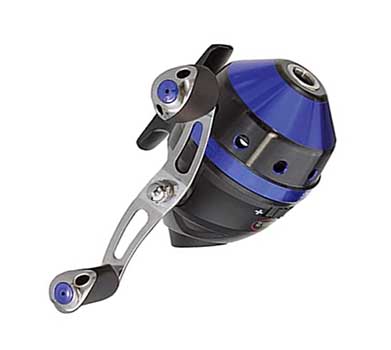 With a spincast rod, the spool of line is enclosed in an oval-shaped casing. The fishing line feeds out of a small hole in the back portion of the cover. Spincast reels feature a button on the back of the casing that you push in when you cast. You simply hold the button down as you cast out your line, then release it when you want the line to stop.

Additionally, spincast reels give you the ability to adjust the drag – this is the amount of resistance the fish will encounter when it tries to swim away after it’s hooked. The drag adjustment is usually a knob or switch on the side or back of the casing.

The spincast reel is popular with beginners because it offers many advantages:

The spincast reel may be the easiest to use, but it has several disadvantages:

Although spinning reels can be very frustrating for beginners, they’re still very popular – especially among more advanced fishermen. These reels don’t have an enclosed casing, so the spool of line is visible. This allows the line to move without interference, creating a smoother casting experience. Spinning reels attach underneath the rod and feature a metal bar, called a bail, instead of a button. This bail has two jobs. First, it locks the line after you cast it out. Second, it acts as a guide for the line as it re-enters the spool. 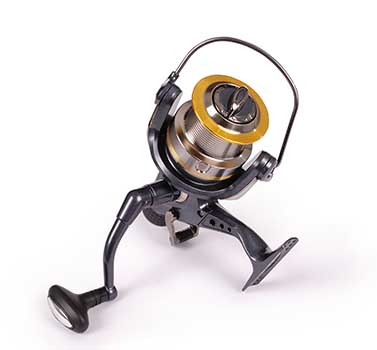 When you’re just starting out with a spinning reel, it can be a bit tricky to handle. You have to be very careful, otherwise you’ll end up with the dreaded “bird’s nest” – a terrible tangle that is nearly impossible to undo. To properly cast with a spinning reel, you unlock the metal bail and use your index finger to hold the line tight to the rod, so it doesn’t unspool. Then, wind back as you normally would, either overhead or to the side. You’ll want to move your index finger to release the line right when you are at about the halfway point of your cast. Then simply aim your rod where you want the bait to land.

But wait, don’t relax after the cast – this is where a lot of people get tripped up. While spinning reels are usually made so that the bail automatically returns to a locked position after the cast, this doesn’t always go smoothly. Sometimes, the line can miss the spool after the first turn of the reel. This is where a lot of tangles happen. So, to avoid a “bird’s nest,” make sure you lock the metal bail with your own hand right after you cast.

The spinning reel is popular with more advanced fishermen for several reasons:

While spinning reels are great, they do have several disadvantages to consider:

When it comes to professional fishermen, the baitcast reel is the preferred option. Known for its power and precise casting ability, the baitcast reel is a great choice when you want to up your fishing game. Just be aware that you may need to practice with it before you’re able to use it effectively. 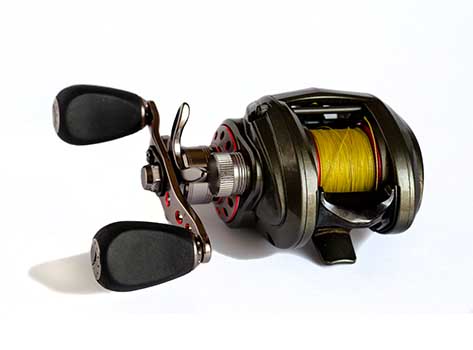 A baitcast reel looks like a hybrid between a spincast reel and a spinning reel. The spool of line is only partially enclosed and sits on the top of the rod. Like a spinning reel, the baitcast reel has the ability to adjust the drag. However, it has two additional features: a brake and a spool adjustment knob. By using all three of the baitcast reel’s features, you can customize your casting. This allows you to be extremely precise in your bait placement.

Another important difference with the baitcast reel is how you stop the line after you cast it out. Unlike the spincast and spinning reels that have mechanisms that help you stop the line, with the baitcast reel, you have to stop it on your own. To do this, you simply cast out the line, then midway through your cast, press your thumb against the spool. After your bait lands in the correct spot, you simply press the clip to lock the line in place.

Professionals like to use the baitcast reel for its many advantages:

While the baitcast reel is the most versatile, it still comes with disadvantages:

If you enjoy surf fishing, you’ll want to invest in either a baitcasting or spinning reel. Both of these are good options, with the ultimate choice coming down to personal preference. Spinning surf reels are great if you want something lightweight and versatile with high retrieval rates. However, when choosing surf fishing equipment, the primary consideration should always be durability. You’ll want something that can hold up well when exposed to the harsh combination of sun, sand and saltwater. 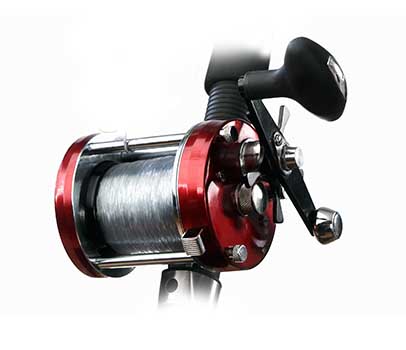 When choosing a surf fishing reel, look for something made with graphite, anodized aluminum, or a combination of both. You’ll also want to make sure the drags and stainless steel ball bearings on the reel are sealed – this helps keep them from corroding.

As your final consideration, you’ll want to find a reel that you can use to catch a wide variety of fish in different locations. You’ll want to choose something versatile that can support many different types of lures and cut baits. It also needs to be strong enough to handle the power of larger ocean-dwelling fish, like the striped bass.

Trolling reels, also known as casting reels, work great for fishing in the deep ocean or when pursuing larger game fish offshore. These reels come in handy whether you’re trolling way out in the ocean, or in a large, deep lake. 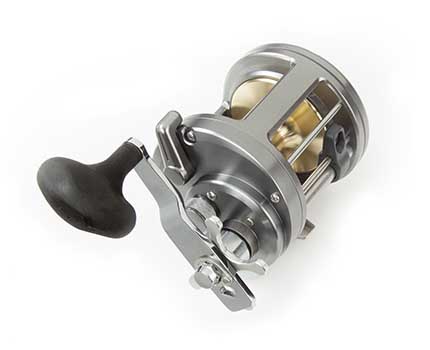 When choosing a trolling reel, look for something made of machined aluminum or heavy-duty graphite. You’ll also want to make sure the reel has a multi-disc drag system and can handle a lot of line – this will help you during those deep-water battles with large, powerful fish. Since bigger fish tend to be very strong, the reel also needs to be able to handle heavy test lines.

When shopping for trolling reels, you’ll note that they come in either lever or star drag systems. Since you’ll be using them to battle big fish, look for a dual-speed reel. This will give you the versatility to pull a large fish from the depths of the ocean, then quickly switch over so you can fight a powerful fish like a tuna or marlin. And if you want to make sure you always know when you have a fish on the line, you may also want to find a reel that includes a loud clicker that you can hear over the engine.

When it comes to fly fishing, precision is incredibly important. For this reason, fly fishing reels are some of the most accurate reels on the market. They’re meant to help anglers cast out and hit the exact spot where the fish are waiting. 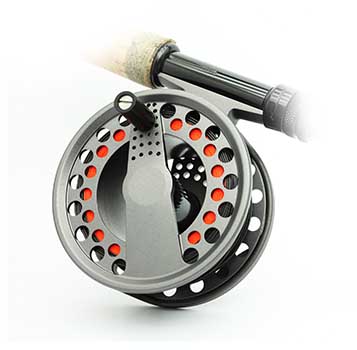 You’ll notice fly fishing reels come in many different varieties. Some are designed to be used when fishing for salmon, while others are specifically made for catching trout. They’re also made for quick retrieval, so they tend to have large arbors on the reel.

Reels made for fly fishing are very reliable, simple and above all, durable. In fact, their durability is so good, that you can find people fishing with reels that are more than 40 years old. So, if it’s a long-lasting reel you’re after, fly fishing reels are your best bet.

Which Type of Reel Should You Purchase?

After reading about the three different types of reels, you should have a better idea of which one would work best for you. If you’re still unsure, consider your experience level – this should help you decide.

If you’re new to fishing, your best bet is to start with a spincast reel. It’s extremely easy to use – in fact, this is the reel you’ll find on most of the fishing rods made for kids. They are also less prone to tangles, which can ruin a fun fishing experience. When you’re just learning to fish, the last thing you want to do is worry about messing with your reel.

If you’re a bit more advanced and ready to move on to something more complicated, you should try a spinning reel. They’re a bit more difficult to handle, but once you get used to it, you’ll be able to cast further and with more accuracy. Don’t be intimidated – with a little practice, you’ll be casting like a pro in no time.

Now, if you’ve mastered both the spincast and spinning reels and want to get into some serious fishing, you may want to spring for the baitcast reel. This is the reel to choose if you’re starting to go for the really big sport fish. It’s more powerful and can handle the heavier line you’ll need to bag a trophy fish. Just be aware that all this power and precision doesn’t come easy – it’s going to take some time to get really good at casting with these reels. But if you put in the time and effort, you’ll be able to reap some exciting rewards.

The great thing about fishing gear is that it doesn’t matter how experienced or inexperienced you are – you can always find something to suit your needs. Make sure you choose something that you can handle and that works well with your rod. By making a smart decision, you’ll improve your chances of having an enjoyable fishing experience. 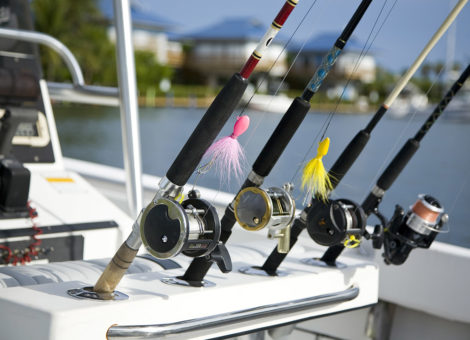 Choosing a Fishing Rod: Which Type is Best for You?