Yellowfin tunas are sport fish that are also known to be tasty to eat. These fish live in deep, warm ocean waters, though they can sometimes be found near the shoreline. The best methods for catching them include drift fishing, saltwater jigging, and saltwater trolling. 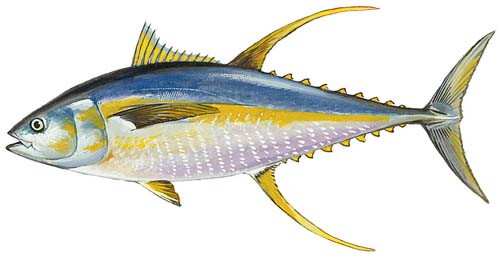 How to identify Yellowfin Tuna

Yellowfin tunas have the most vibrant coloring of all the tunas. Their backs are dark blue, transitioning to metallic silver on their sides and abdomen. They have a bold yellow or blue line running from snout to tail, though it isn’t very visible in some of these fish. As their name suggests, yellowfin tunas have golden-yellow fins and finlets with black edging. They also have up to 20 white row markings on their abdomens.

Where to catch Yellowfin Tuna

Yellowfin tunas are found in warm, deep ocean waters. They typically stay in the pelagic region, but because they are a migratory species, they can sometimes be seen along shorelines. 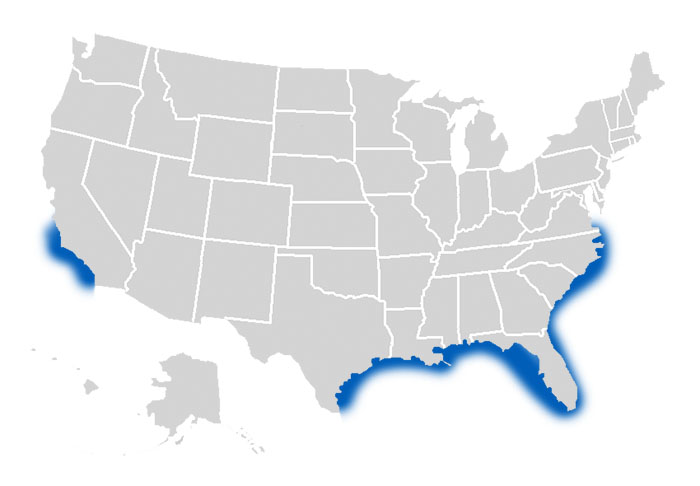 The following are habitats where you can catch Yellowfin Tuna:

How to catch Yellowfin Tuna

Yellowfin tunas are excellent to eat and are considered a great sport fish. Trolling with bait or lures is effective, as is chumming. Other methods to try are drift fishing or still fishing. The younger ones are easier to catch; however, those after the larger ones will need to be more strategic. These fish are wary of lines, so fluorocarbon leaders are the best option. To have the best chances of catching a yellowfin tuna, head out during the summer months and stick to areas that have structures, such as reefs.

The following are effective fishing methods and techniques for catching Yellowfin Tuna:

Yellowfin tunas aren’t picky eaters. Since they spook easily, the best choice is live bait, such as squid, crustaceans, and small fish.

The following are fishing lures, bait and tackle that can be used to catch Yellowfin Tuna: