Yelloweye rockfish are the largest of the rockfish species. They live in deeper waters in the Pacific Ocean from Mexico to the Gulf of Alaska. They can be relatively hard to catch. Anglers can try various methods to hook them, including bottom bouncing, drift fishing, saltwater jigging, and still fishing.

How to identify Yelloweye Rockfish

Some anglers refer to the yelloweye rockfish as a red snapper even though these fish are from a completely different family. They are one of several eastern Pacific rockfish species that are red. Canary and vermillion rockfish look similar but have a different color and red eyes. Yelloweyes are orange with either red or yellow undertones. Adult yelloweye rockfish will sometimes have black edging on their fins and white lateral lines on their bodies. As their name suggests, these fish have vibrant yellow eyes. Young yelloweye rockfish are darker in color and have lighter lateral lines that run towards the tail but stop at the caudal peduncle.

Where to catch Yelloweye Rockfish

These fish are present from Mexico up to the Gulf of Alaska in the east Pacific. They hide in depths from 60-1,800 feet. Look for them in rocky areas that provide cave-like shelter. 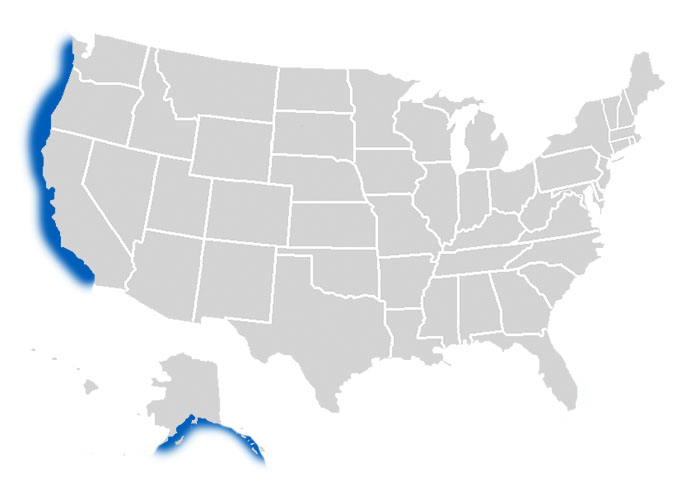 The following are habitats where you can catch Yelloweye Rockfish:

How to catch Yelloweye Rockfish

Yelloweye rockfish can be very difficult to catch, which makes hooking one quite an achievement. Anglers have the best luck catching these fish when they look for them areas with deep bottoms. Since these fish tend to be bottom dwellers, heavy weights are needed to reach the correct depths. Yelloweye are the biggest of all the rockfish, averaging 10 pounds and often weighing as much as 40 pounds. Anglers should use strong tackle to help maneuver these fish up and out of the rocks in which they hide. When it comes to catching yelloweye rockfish, the best techniques to use are bottom bouncing, drift fishing, saltwater jigging, and still fishing.

The following are effective fishing methods and techniques for catching Yelloweye Rockfish:

Live, dead, whole, and cut baits all work well for catching the yelloweye rockfish, as do heavy-duty, metallic jigs.

The following are fishing lures, bait and tackle that can be used to catch Yelloweye Rockfish: