White sharks, also known as “great whites,” are not often found near shorelines. They tend to stick to deeper waters in the Pacific and Atlantic Oceans. The white shark can be a very dangerous fish and should be approached with caution. Most anglers who target them start by chumming the waters, then either drifting or trolling with large fish chunks.

How to identify White Shark

White sharks are often referred to as “white pointers” because of their pointy snouts. They have a noticeable large, flat keel on both sides of the caudal peduncle. Their big, serrated teeth set them apart from other sharks. The white shark is commonly known as the “great white,” though it isn’t actually white. It’s coloring is more of a gray-brown that graduates into a white abdomen. These sharks have a dark, oval-shaped marking just above their pectorals. Once they reach about 11-14 feet, they are considered sexually mature.

Where to catch White Shark

These sharks are found all around the world in the cool waters of the Pacific. They’re often spotted in Australia, and New Zealand. They are sometimes found in California, though they tend to avoid the warm shoreline waters. These sharks also swim the waters of the west, northwest, and east Atlantic near Nova Scotia, northern Spain, and the Mediterranean. They spend their winters in Atlantic waters around the West Indies, Gulf of Mexico, and southward from Florida down. Although they prefer the deep waters of the ocean, they do come near the shorelines because they like to feed in the colder currents. 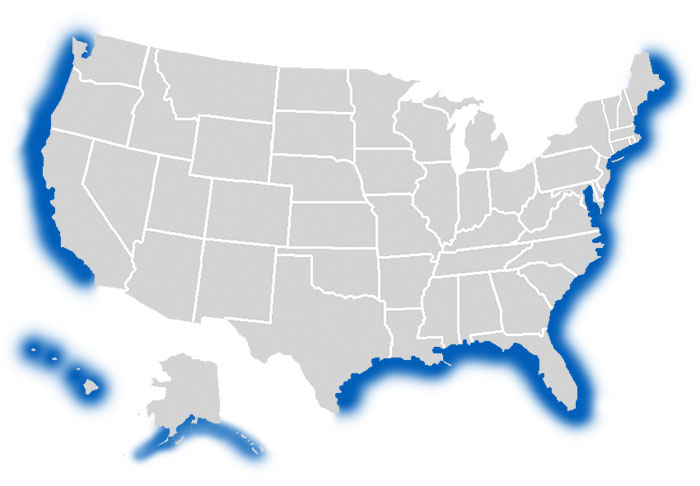 The following are habitats where you can catch White Shark:

How to catch White Shark

Regardless of what many think, white sharks aren’t often found around the shorelines. These sharks will sometimes attack boats out in the open waters. White sharks will not only bite the propellers but have even managed to sink entire boats. These behemoths are protected by the U.S., and as a result, if an angler manages to catch one, they must be released. Those who want to try and snag one should try heavy chumming while trolling, or drifting with large chunky bait. Be aware these are highly dangerous fish, and although they don’t target humans, they can easily mistake people for prey.

The following are effective fishing methods and techniques for catching White Shark:

When fishing for white sharks, it is best to chum first, then try to catch them with bait, such as mackerel.

The following are fishing lures, bait and tackle that can be used to catch White Shark: