Wahoo is an excellent table fare cooked or raw. The most method for catching wahoo is high-speed trolling using cut or live bait near reefs and shipwrecks.

How to identify Wahoo

The wahoo has big, flat teeth in its strong upper jaw. It has a dipping, lateral line that follows a wavy pattern from its mid-first dorsal fin to its tail. Its back has vibrant colors of metallic/electric blues. Along its flanks are vertical stripes that flow from blue to silver as they reach the fish’s abdomen. The markings on larger wahoo may not be as vivid as that of smaller fish.

Where to catch Wahoo

These fish are found in warm waters around the world. They are mostly solitary, though they will also travel in small groups of two to six. They tend to stay within the pelagic region. Wahoo migrate to coastlines in the Pacific and Atlantic, where they are concentrated during the migrating season. They can be found swimming near reefs and shipwrecks and even out in the open ocean. 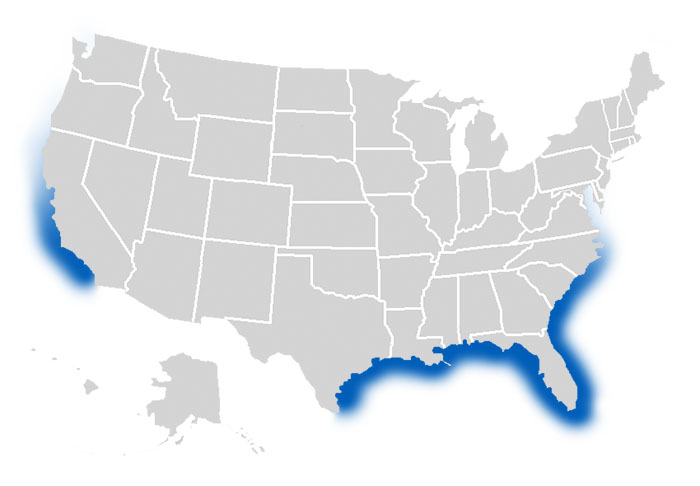 The following are habitats where you can catch Wahoo:

How to catch Wahoo

The best technique for catching wahoo is high-speed trolling using cut or live bait at depths of 200-1000 feet. Kite fishing, drift fishing and vertical jigging are also effective techniques for catching wahoo. Peak season for catching wahoo is from June through November. Wahoo can be difficult to find, but when they strike, they will vigorously shake their heads and take off like a rocket ship. Anglers often catch wahoo by accident while pursuing other fish.

The following are effective fishing methods and techniques for catching Wahoo:

Strip bait, whole bait, and lures all work well for catching wahoo. Their natural diet includes tuna, herring, mackerel, and squid, so these are all good options to try.

The following are fishing lures, bait and tackle that can be used to catch Wahoo: