The tarpon is a fun, acrobatic fish to catch. They are found in the Atlantic ocean, both inshore and offshore. When targeting these fish, anglers should try bait casting, drift fishing, fly fishing, jigging, night fishing, spin casting, still fishing, surf casting, and top water fishing.

How to identify Tarpon

Tarpon have flat bodies that are covered with large scales. Their mouths are filled with small, sharp teeth, and their jutting lower jaws give them a bulldog-like appearance. Their dorsal fin doesn’t have any spines and instead consists of 12-16 soft rays and a long, detached posterior tip. The coloring on their backs varies depending on the time of day. They appear turquoise during the day and silverish black at night. Their sides and abdomen are a vibrant silver color. When these fish venture inland into brackish water, they change to a golden brown color due to the tannins in the water.

Where to catch Tarpon

The tarpon is found in the Atlantic in waters near the shore, as well as offshore. Tarpon can also be found in the Indo-Pacific region. Tarpon have the ability to roll along the surface, and can maneuver their way into uninhabited, stagnating inland waters. It’s here that they’ll often choose to rear their young to avoid the threat of predators. To roll, they gulp air, which goes into a bladder and acts as a floatation device. 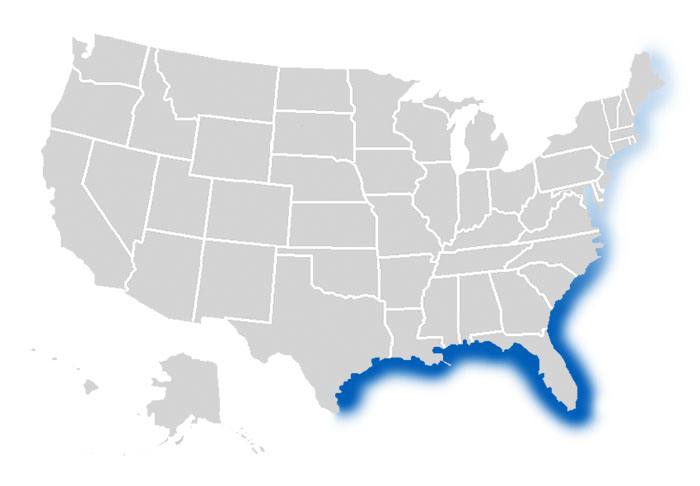 The following are habitats where you can catch Tarpon:

How to catch Tarpon

Tarpon is not a popular fare, but it’s a fun fish to catch. It’s one of the most acrobatic inshore fish. The best technique for catching tarpon is drift fishing in saltwater inlets using cut bait and jigs. Peak tarpon fishing season is from November to June. Other effective methods for catching these fish include still fishing with live bait and casting or trolling with lures. The best time to fish for tarpon is at night because this is when they typically feed. Their bony mouths can make them difficult to hook; however, if once they are hooked, they’ll put up one heck of a fight and may even leap into the air as high as ten feet.

The following are effective fishing methods and techniques for catching Tarpon:

Tarpon can be caught with bait or lures. For live baits, try mullet, crabs, shrimp, and pinfish. Good options for lures include spoons and plugs.

The following are fishing lures, bait and tackle that can be used to catch Tarpon: