The striped searobin is a game fish that can be found from northern Florida to Nova Scotia. These fish tend to stick to inshore areas and can be caught by bottom fishing, bait casting, and still fishing. They are most often caught accidentally by anglers who are targeting other species. 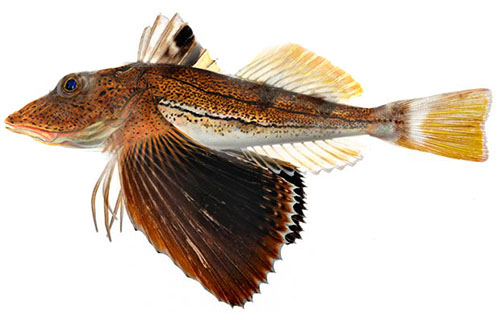 How to identify Striped Searobin

Striped searobins get their name from the rusty colored stripe that runs under their lateral line. These fish have rusty-gray bodies and white abdomens. Their pectoral fins look like dark wings with lighter edges. These darker areas look somewhat like a gemstone encircled by a rich gold color. The striped searobin’s eyes vary in color, and depending on the light’s direction, can appear dark blue or deep green. Striped searobins look similar to Northern searobins, but with bigger heads, wider mouths, and longer pectoral fins.

Where to catch Striped Searobin

Striped searobins are found from northern Florida to Nova Scotia. They live in estuarial waters and inshore areas with sandy bottoms up to 590 feet deep. They can sometimes be found in waters that have reefs below. 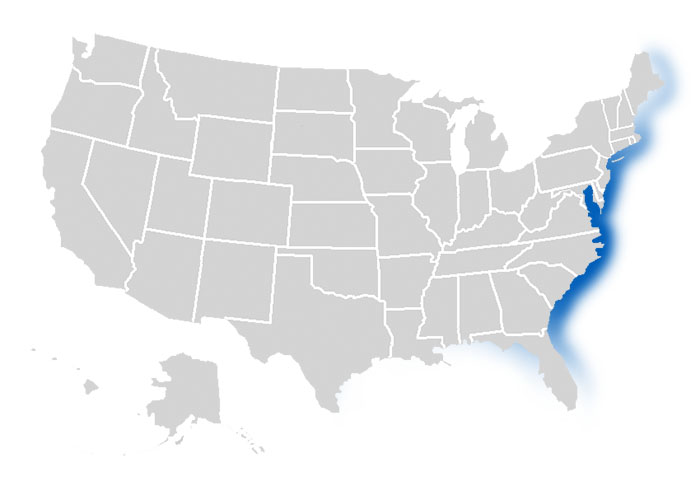 The following are habitats where you can catch Striped Searobin:

How to catch Striped Searobin

Striped searobins are considered game fish. They generally aren’t pursued by commercial fishermen. In fact, most anglers don’t actually pursue these fish and, instead, catch them by accident. Various methods can be used for catching them, though bottom fishing is the most effective. Other popular methods include bait casting and still fishing. Look for them near estuaries with sandy bottoms.

The following are effective fishing methods and techniques for catching Striped Searobin:

These fish can be caught using cut baits, such as bloodworm, clam, squid, or peeler crab.

The following are fishing lures, bait and tackle that can be used to catch Striped Searobin: