Steelhead are tasty sport fish that can be found in the Pacific Ocean. While they live in saltwater, they spawn in estuaries and freshwater. These fish can be caught by bait casting, spin casting, trolling and fly fishing. 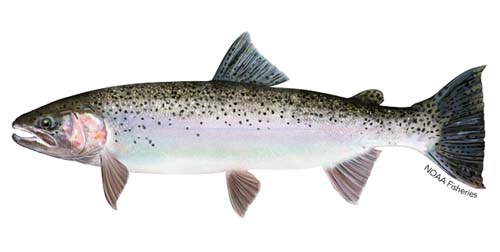 How to identify Steelhead

Steelhead are a version of rainbow trout, but they lack the multi-coloration. These fish belong to the Pacific salmon family. Slivery or brassy in color, the steelhead’s body is covered in black spots. These spots can also be found on their tails and some or all of their fins. All of the spots on the steelhead are black, unlike other members of the salmon family that have some red spots. The average weight of an adult steelhead is six to seven pounds, although they can range anywhere from two to 20 pounds.

Where to catch Steelhead

The steelhead lives in the tributaries of the Pacific Ocean in North America and Asia. For the first two or three years, they will reside only in saltwater. After this point, they will move to freshwater tributaries and estuaries to spawn. 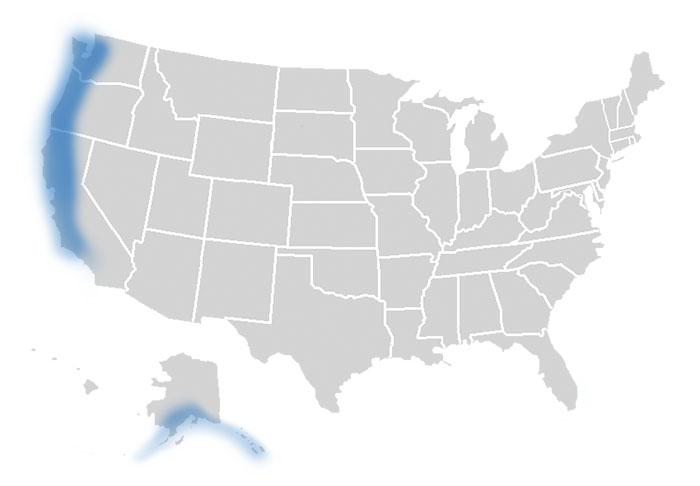 The following are habitats where you can catch Steelhead:

How to catch Steelhead

The steelhead is a good sporting and eating fish. Bait casting, spin casting and trolling are effective methods for catching steelhead. Many anglers use fly tack and light spinning gear. Some anglers enjoy fly fishing for steelhead. It doesn’t matter whether the rod of choice is single or double-handed. Steelhead are fierce fighters and will often leap out of the water when hooked.

The following are effective fishing methods and techniques for catching Steelhead:

The following are fishing lures, bait and tackle that can be used to catch Steelhead: