The spinner shark lives in the Atlantic and Mediterranean Oceans. This acrobatic shark is usually caught by bait casting, still fishing and drift fishing. They are somewhat easy to catch and respond well to live bait.

How to identify Spinner Shark

Spinner sharks are often mistaken for blacktip sharks because they have gray/black tips on their fins. These sharks have slender bodies with gray-copper coloring on the top and bottom and white sides. Spinner sharks average about 6.6 feet long, though they can reach up to 9.8 feet. They weigh an average of 123 pounds but can get as heavy as 200 pounds. Spinner sharks have prominently protracted pointy snouts and small, round eyes.

Where to catch Spinner Shark

These sharks can be found in the subtropics of Africa, portions of South America, the Gulf of Mexico, the Atlantic Ocean, and the Mediterranean. In the west Atlantic, they inhabit waters from Argentina to southern Brazil, Cuba, the Bahamas, and the northern Gulf of Mexico to North Carolina. They are also present in the Indo-Pacific, which includes Australia, Japan, and the Red Sea. 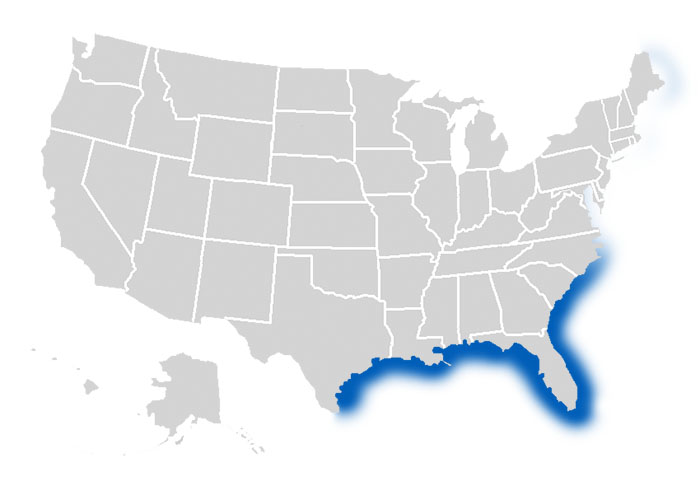 The following are habitats where you can catch Spinner Shark:

How to catch Spinner Shark

Spinner sharks get their name from their acrobatic leaps while spinning. These sharks use spinning and leaping as a strategy when feeding. Various methods can be used for catching these sharks, including bait casting, still fishing, and drifting. Spinner sharks can’t see very well, so they rely on their sense of smell. This is why anglers will often choose a strongly scented fish, such as a bonito, to use as bait. Anglers use medium to heavy tackle to catch these sharks. It’s relatively easy to catch spinner sharks. A good place to try to catch them is in Fort Lauderdale and West Palm Beach in the late winter and early spring.

The following are effective fishing methods and techniques for catching Spinner Shark:

Spinner sharks can be caught with live bait, cut bait and artificial bait. Those who want to use flies should choose something large and brightly colored.

The following are fishing lures, bait and tackle that can be used to catch Spinner Shark: