Southern stingrays prefer warm waters and can be found in the west Atlantic from Brazil to New Jersey. The best methods for catching them are bait casting and surf casting. These fish prefer live baits and are often found hanging around piers. 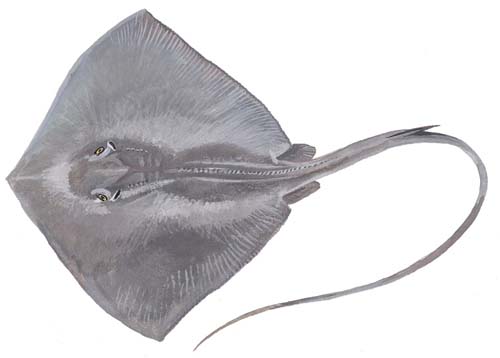 How to identify Southern Stingray

Southern stingrays are considered “whiptail” rays. They have a brown, triangular-shaped body and a white abdomen. On their tails, they have a serrated barb with a venomous mucus covering. They use this barb to defend themselves against predators. Although their barb’s venom isn’t fatal to humans, it will still give a painful sting if they are stepped on.

Where to catch Southern Stingray

These rays can be found in the warm waters of the west Atlantic from Brazil up to New Jersey. They tend to stick close to bays and ocean beaches, though they are also found in estuaries and river mouths. They like to hang out around areas with sandy bottoms and plentiful seagrass. They travel in groups in the open water to protect themselves from predators, but inshore, they usually swim alone. 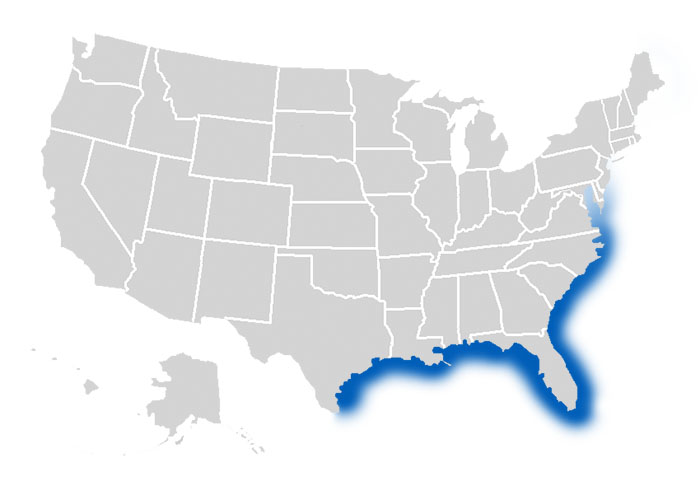 The following are habitats where you can catch Southern Stingray:

How to catch Southern Stingray

Southern stingrays are typically quite docile and like to stick to coastal water that’s both warm and shallow. Many anglers try to catch them from piers. The best methods to catch these fish include bait casting and surf casting. Smaller southern stingrays can be caught with a pole and line rigged for bottom fishing with a strong leader and baited hook. Once a southern stingray is on the hook, anglers should try to slowly reel it in, gently guiding it closer to shore. Since these are large fish, a 150-pound braided line is recommended.

The following are effective fishing methods and techniques for catching Southern Stingray:

The best baits to use for southern stingrays are live baits, such as fish, shrimp, or fiddler crab.

The following are fishing lures, bait and tackle that can be used to catch Southern Stingray: