Sheepshead can be found on the east coast of the U.S. and in the Gulf of Mexico. They tend to hang out near structures and can be caught using methods such as bait casting, bottom bouncing, chumming, drift fishing, night fishing, saltwater jigging, spin casting and still fishing. They respond best to cut bait and shrimp-tipped jigs. 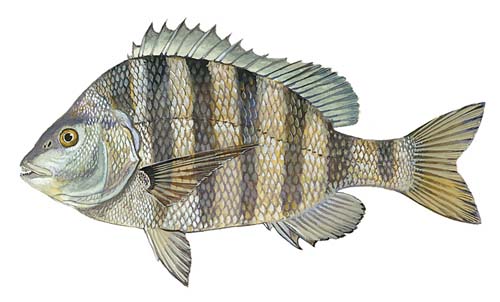 How to identify Sheepshead

The sheepshead gets its name from its mouth full of teeth that stick out like that of a sheep. Their teeth include molars and incisors, which they use to chew up shellfish. They also use their teeth to remove barnacles on rocks and pilings. This fish’s teeth help set it apart from a young black drum that has similar colors and markings. Sheepshead have several black stripes running along their yellow-gray-white bodies. Their bodies are oval-shaped, and their tails have shallow forking. They have small mouths and a blunt snout. Sheepshead can grow to 30 inches long and weigh 20 pounds or more. The average size is usually about 2-8 pounds and 15-20 inches long.

Where to catch Sheepshead

These fish can be found on the east coast of the U.S. and in the Gulf of Mexico. They tend to stay closer to shores in mangroves, and tidal creek openings. They can also be found near structures, such as piers, pilings, and jetties. Their spawning season runs from late winter to early spring, during which they go further out. When not spawning, they look for warm waters, which may lead them into freshwater, such as rivers. Young fish prefer the flats with muddy, dark bottoms. 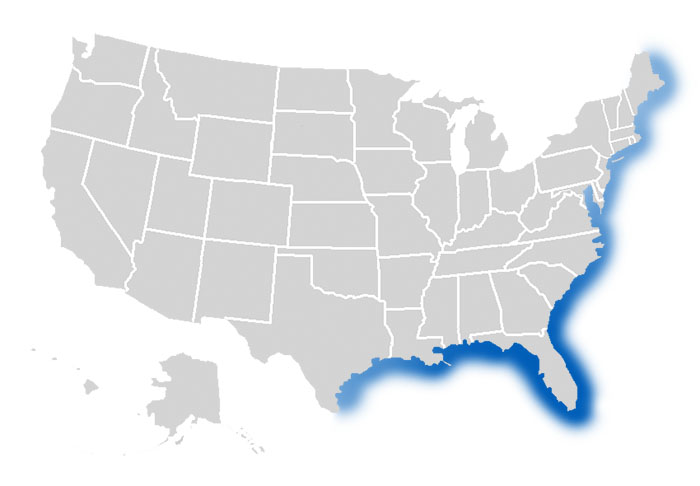 The following are habitats where you can catch Sheepshead:

How to catch Sheepshead

Sheepshead like to hang out near pilings and other structures. The best method for catching them is to get as close to the structure as possible, then use light tackle and let it drop to the bottom. Anglers should cast their baits as close to the structure as possible. Once the bait hits the bottom, it should be reeled in slowly. These fish are known for stealing bait, so anglers will want to make sure the bait is well secured to the hook. Their bite is subtle, so responding to the tiniest line movement is necessary. Drawing these fish in can be done by chumming the waters with barnacles scraped off of rocks or pilings.

The following are effective fishing methods and techniques for catching Sheepshead:

Sheepshead respond best to cut bait, shrimp, and squid. Shrimp-tipped jigs can also be very successful for catching these fish.

The following are fishing lures, bait and tackle that can be used to catch Sheepshead: