The scalloped hammerhead shark can be found in the Atlantic Ocean, Red Sea, Indian Ocean, Caribbean, and the Gulf of Mexico. Considered a Critically Endangered species, anglers aren’t advised to target this shark.

How to identify Scalloped Hammerhead Shark

Scalloped hammerhead sharks are known for the indentations along the front of their hammer-shaped heads. They are sometimes called “southern hammerheads,” “bronzes,” or “kinky heads.” These sharks have a flat, thick, hammer-like head with eyes on the protruding ends. They have greyish brown bodies that fade to white on their abdomens. Even though these sharks have big heads, their mouths are quite small.

Where to catch Scalloped Hammerhead Shark

Scalloped hammerheads can be found in the Red Sea, Indian Ocean, Atlantic Ocean, Gulf of Mexico, Gulf of Mexico, and the Caribbean. They prefer the coasts of South Africa, Australia, Hawaii, Japan, and Tahiti. They tend to stick near the shore during the day, then feed at night further out. These sharks generally swim in pairs. When they are close to shore, they usually hang out near bays and mangroves. 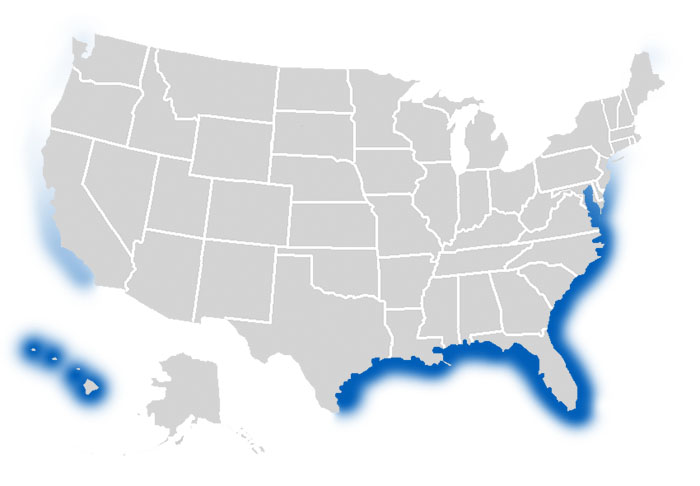 The following are habitats where you can catch Scalloped Hammerhead Shark:

How to catch Scalloped Hammerhead Shark

The scalloped hammerhead shark is considered Critically Endangered; therefore, they are under protected status by the International Union for Conservation of Nature. They are not supposed to be fished for, although some anglers still try to catch them by chumming, then trolling or using drift bait. Other successful methods for catching them include bottom fishing, drift fishing, and still fishing. These sharks are huge, so they require heavy-duty rods and reels.

The following are effective fishing methods and techniques for catching Scalloped Hammerhead Shark:

Though fishing for them is not advised, the best baits to catch them include sardines, jacks, squid, pilchard, and flatfish.

The following are fishing lures, bait and tackle that can be used to catch Scalloped Hammerhead Shark: