Sailfish are one of the toughest sport fish to catch. When hooked, they put up quite a fight. The most effective method for catching sailfish is kite-fishing with live bait, although trolling is also effective. Sailfish are typically found in coastal waters between 90 and 200 feet.

How to identify Sailfish

The sailfish gets its name from its sail-like dorsal fin. These fish have a billed snout and are a close relative to the swordfish. Their coloring is gray/dark blue with random black markings along their dorsal fin. Their bill is just over two times as long as their long bottom jaw.

Along their sides Sailfish have 15 to 20 stripes made up of small blue spots.

Where to catch Sailfish

These fish are prevalent in coastal waters between 90 and 200 feet, though they can be found anywhere offshore. Sailfish live in warm waters over 36 feet deep near large land masses; however, anglers fishing from piers have caught them at lesser depths. These fish are open ocean goers and migrant-natured, often traveling in small schools or by themselves. They tend to feed at the outer edge of eddies or along reefs. In the winter, the best place to fish for them is in the Florida Keys.

Compared to other billfish, the Sailfish is less oceanic. They’re often caught in shallower nearshore waters searching for baitfish. 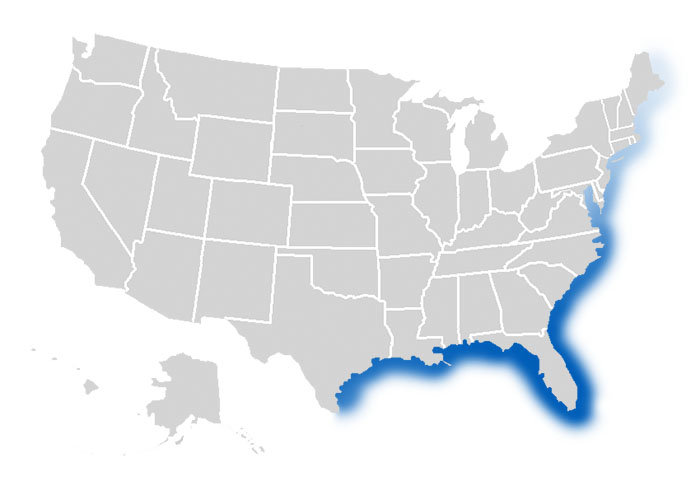 The following are habitats where you can catch Sailfish:

How to catch Sailfish

Sailfish are a very popular game fish due to their fierce fighting. They are very strong, will leap out of the water, and have a long endurance. They are usually caught by kite fishing with two kites, trolling, and bait balls. Many anglers will tease these fish with the bait until it takes a bite. Once the sailfish is on the hook, anglers should get a firm grip. It is not advised to try to reel the fish in immediately. Instead, anglers should let the fish run a bit before reeling it in. Sailfish have also been catch using drift fishing and still fishing techniques.

The following are effective fishing methods and techniques for catching Sailfish:

The best bait for catching sailfish is live bait, specifically mackerel and threadfin herring. Lures, such as feathers, and spoons are also effective. Trolling rubber skirted lures or natural baits is one of the most common ways to catch billfish species including sailfish.

The following are fishing lures, bait and tackle that can be used to catch Sailfish: