Pigfish are notoriously known for grunting. This sound is produced from them grinding their throat teeth. Their air bladder intensifies the sound. Pigfish are found in shallow waters along the Atlantic coast and can be caught using pinfish traps and Sabiki rigs. 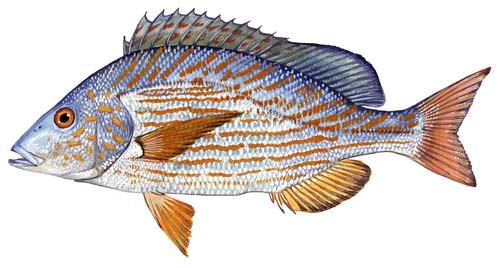 How to identify Pigfish

Their abdomen is a dusky gray and silver with darker vertical markings. Yellow spotted row-like markings cover both the body and fins. Adults can reach up to 14+ inches long. It’s easy to tell pigfish apart from related species because of their unique dorsal fin. There are 12-13 spines and 15-16 soft rays present ont the dorsal fin of a pigfish.

Where to catch Pigfish

Pigfish are found in the Atlantic ocean from the Yucatan Peninsula to the Gulf of Mexico, Florida up to New York, northern Bahamas, and Bermuda. Juveniles prefer shoreline waters (depths less than 4 feet) where vegetation is present. Adult Pigfish tend to stay in slightly deeper water with silty, sandy or muddy bottoms. 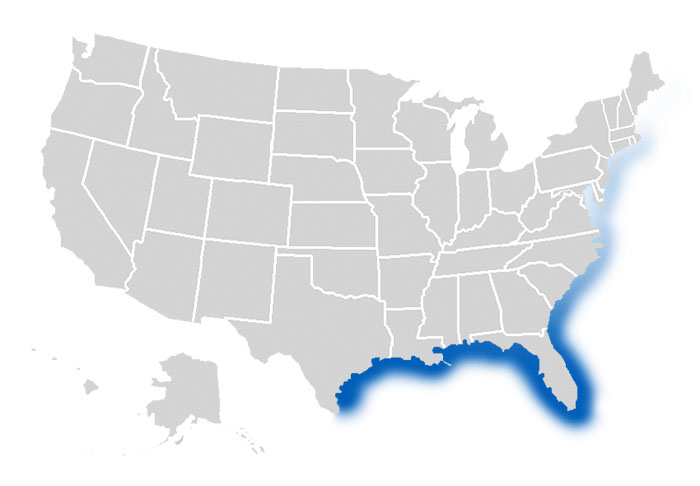 The following are habitats where you can catch Pigfish:

How to catch Pigfish

Anglers have luck catching Pigfish in or around piers/docks. Pinfish traps are effective for catching Pigfish. Locate a flat surface in the shallows no more than 4 feet deep, is grassy and has sandy depressions. Place a pinfish trap or two and simply wait for the fish to swim into the traps.

You can also use a Sabiki rig or gold hook with a split short to catch pinfish. If you’re able to catch a pinfish in short order using a rig or hook, it means they are more pinfish in the vicinity and you should try using a casting net to catch more.

The following are effective fishing methods and techniques for catching Pigfish:

The best way to bait for pinfish is to place frozen chum in a pinfish trap. As it thaws, the pigfish will be attracted to chum. When using a Sabiki rig or small hooks for catching pigfish, shrimp or cut bait is ideal. Pigfish will also take small jigs and plugs.

The following are fishing lures, bait and tackle that can be used to catch Pigfish: