Known as a popular sport fish, Pacific cods are found in the western part of the U.S. from California up to Alaska. These fish tend to stick to the open waters and can be caught by drift fishing, saltwater jigging, still fishing, bottom bouncing, and saltwater trolling. Because they aren’t picky eaters, these fish will respond to a variety of baits and shiny lures.

How to identify Pacific Cod

The Pacific cod is a close relative to the Atlantic cod, although a little smaller. The Pacific cod has small, curved scales, a big mouth, and a barbel on its chin. It is gray to brown in color with lighter shades on the sides and belly. It has spots on its back and sides. The Pacific cod’s fins are dark brown, with white edging on its singular fins. Its average size is 20-25 inches long with an average weight of 5-10 pounds.

Where to catch Pacific Cod

The Pacific cod dwells along the northwestern Pacific coast from Alaska to California. It can also be found in the China seas. It is most plentiful during its spawning season, which occurs in winter and early spring. One of their favorite spawning grounds is Prince William Sound. Outside of spawning season, these fish generally stick to the open seas in areas with depths from 60-1500 feet deep. 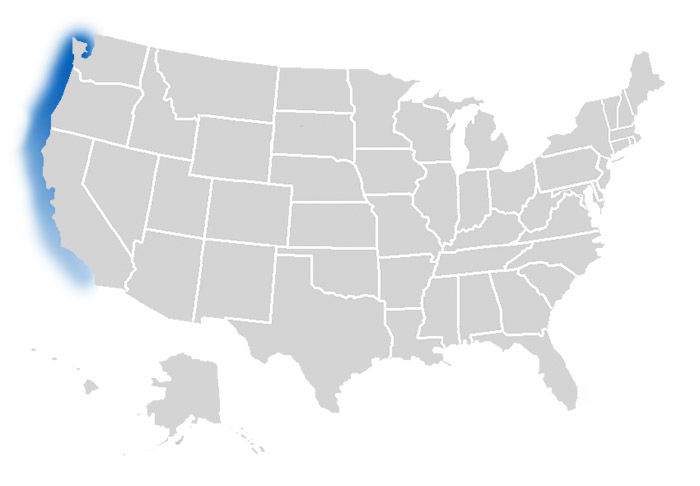 The following are habitats where you can catch Pacific Cod:

How to catch Pacific Cod

Pacific cods are a popular sport fish. Though they don’t fight as much as trout, they are very strong. These fish like to hang out near the bottom, so fly fishing for them can be tough. To have the best chances of catching them with a fly, it is recommended to wait until the evening when they come near the surface. The best way to catch a Pacific cod is by dropping bait to the bottom of the ocean from a slowly moving or anchored boat. Anglers often use a 6 to 7 ½ foot fast action rod, coupled with 50-80 pound braided line. Other methods to try when fishing for the Pacific cod are drift fishing, saltwater jigging, and saltwater trolling.

The following are effective fishing methods and techniques for catching Pacific Cod:

Pacific cods aren’t picky eaters, though some baits work better than others. Good choices for bait, whether whole or cut up, are crabs, squid, capelin, eels, and smaller fish bait. Hooks from 2/0 to 7/0 work best. Shiny artificial lures can also be effective. Those using flies should add a weighted lead to help it sink.

The following are fishing lures, bait and tackle that can be used to catch Pacific Cod: