Whitetip sharks can be found in the eastern Pacific and western Atlantic Oceans, especially in deep, cooler water. They have a declining population, so they are considered a protected species under the Wildlife Act of 1978. For this reason, they aren’t often pursued by anglers and are usually caught accidentally by nets intended for other fish.

How to identify Oceanic Whitetip Shark

Oceanic whitetip sharks get their name from their white-tipped fins. Their rounded fins are bigger than those of other sharks. Their pectoral fins look like wings. They have brownish-gray bulky-looking bodies, white abdomens, and round snouts. They have a third eyelid that helps protect their eyes. These sharks can live up to 22 years.

Where to catch Oceanic Whitetip Shark

These sharks can be found in the open ocean in deep, cooler water. Although they prefer upper waters, they generally stick to depths of up to 490 feet. They used to be very abundant, but due to their value, their numbers have declined considerably. They are often found in the western Atlantic Ocean and eastern Pacific. 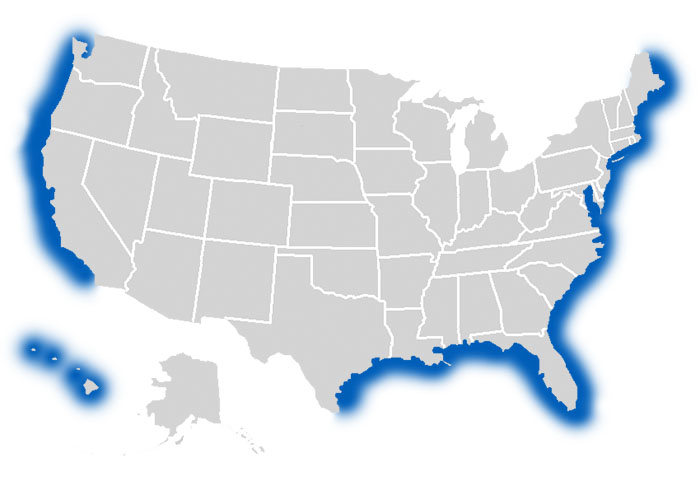 The following are habitats where you can catch Oceanic Whitetip Shark:

How to catch Oceanic Whitetip Shark

Ocean whitetip sharks are protected under the Wildlife Act of 1978 due to their declining population. For this reason, they aren’t widely fished. They often accidentally end up in nets intended for other fish. Those that do pursue them tend to use drift nets or longlines. Chumming is an effective way to draw them closer to the boat. Saltwater trolling can also prove to be effective.

The following are effective fishing methods and techniques for catching Oceanic Whitetip Shark:

These sharks are usually caught using nets; however, effective baits include whole fish, such as mackerel or bluefish.

The following are fishing lures, bait and tackle that can be used to catch Oceanic Whitetip Shark: