Northern puffers get their name from their ability to puff themselves up when they encounter a threat. These unusual fish can be found in the waters of the Atlantic Ocean, as well as in estuaries. Effective methods for catching these fish include still fishing, bottom fishing, and drift fishing. 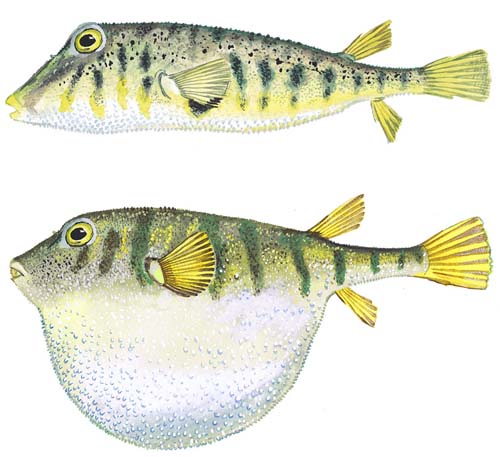 How to identify Northern Puffer

The northern puffer is also known as a blowfish thanks to its ability to puff up to three times its normal size when threatened. These fish are shaped like a club and have dark green-gray-brown coloring on their backs and sides. Their abdomens are white or off-white. Northern puffers have a beaky-looking mouth and a body covered in spines. They have vertical markings on their sides and cheeks. Their small dorsal fins sit back towards their tail.

Where to catch Northern Puffer

Northern puffers are found in the Atlantic from Newfoundland to Florida in coastal waters that are up to 600 feet deep. They also inhabit estuaries. 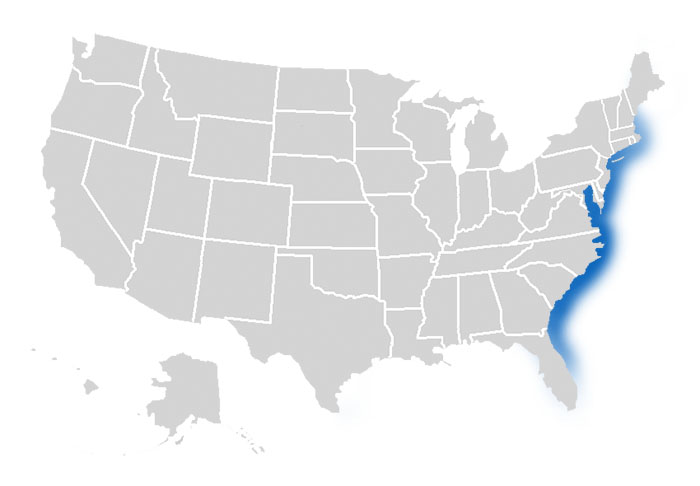 The following are habitats where you can catch Northern Puffer:

How to catch Northern Puffer

Anglers employ various strategies when trying to catch northern puffers. They will often chum the water, then continue to chum while fishing. The best methods to use for northern puffer include bottom fishing, drift fishing and still fishing. When it comes to gear, anglers most often use light tackle with weighted #8-10 hooks. They will often use double hooks with one 8″ above the other. The top hook acts as the attractant with bait. Northern puffers are very light biters, so the lighter the tackle, line, and weights, the easier it is to detect a bite. Look for these fish at depths of about 8-10 feet in clear water that is from 68 to 75 degrees Fahrenheit.

The following are effective fishing methods and techniques for catching Northern Puffer:

The best bait to use for northern puffers is fresh sea clams that are still in the shell.

The following are fishing lures, bait and tackle that can be used to catch Northern Puffer: