Mutton snapper are found near reefs, mangroves and inlets at depths of roughly 80 to 300 feet. Bottom fishing using live bait is the most effective method for catching Mutton snapper. Peak fishing season for Mutton snapper is May through June. 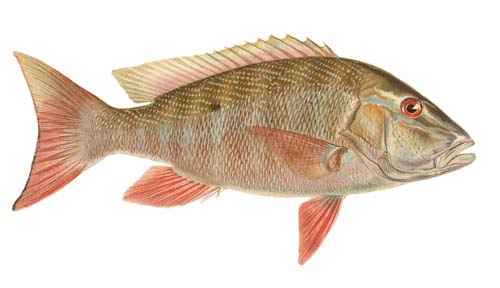 How to identify Mutton Snapper

Mutton snappers range in color from orange-red to yellow and have characteristic blue streaks along its back, flanks, and head. Its fins are an orange color. There are several features that set the mutton snapper apart from other snappers. It has an oval black marking along the upper flanks on both sides of its body. Muttons have angulated anal fins and dorsal fins, and crescent-shaped tails. Although they look similar to lane snappers, muttons have distinctive small streaks of blue over yellow, whereas lanes have vertical or horizontal streaks of yellow. Muttons are the only snapper species that have a dark marking just below the dorsal fin along the flank and a half-moon-shaped patch of teeth in their upper palate.

Where to catch Mutton Snapper

These fish can be found from South America up to Florida, though they are occasionally found up towards Massachusetts. They are very plentiful in the Caribbean, where they live around reefs. They prefer waters that range from 82 to 310 feet deep. Inshore, they can be found near mangroves and reefs. They are also known to gather along inlets near rocks. 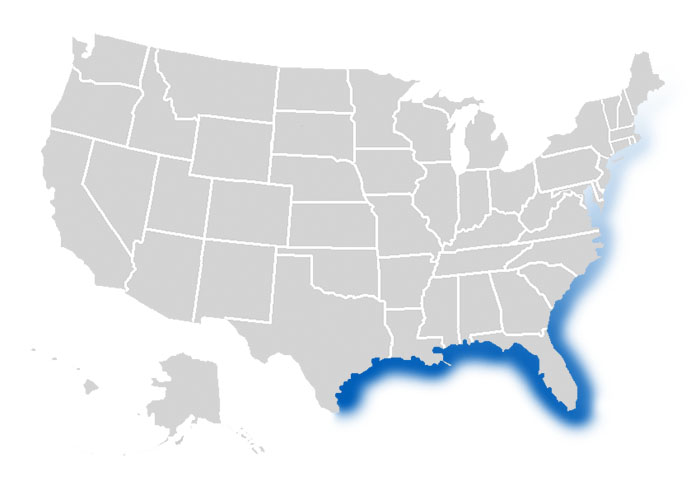 The following are habitats where you can catch Mutton Snapper:

How to catch Mutton Snapper

The mutton snapper is a popular game fish that is relatively easy to catch. The best technique to use is bottom fishing with live bait along offshore reefs and wrecks. Peak season for catching them is from May through August. Other popular methods of catching mutton snapper include bottom bouncing, drift fishing, jigging and still fishing.

Mutton snappers can weigh over 30 pounds and are known to be feisty. Anglers either use light tackle with natural baits or slow-troll along bottoms to catch them. These fish tend to stay around deeper holes/channels, shipwrecks, reefs, and flats. Fly fishing on flats or luring them to the surface over shipwrecks with heavy chumming can help snag them.

The following are effective fishing methods and techniques for catching Mutton Snapper:

The best bait for catching mutton snapper is 4″ pilchards but jigs, ballyhoo plugs and cut bait are also effective.

The following are fishing lures, bait and tackle that can be used to catch Mutton Snapper: