Lingcod are great sport fish that are known for their hard strikes. They are found on the west coast of the U.S. from Washington state to California. They tend to stick to deeper water and can be caught by still fishing, saltwater jigging, or drift fishing.

How to identify Lingcod

The lingcod has a large upward mouth with a pronounced, protruding lower jaw. Their bodies are long and narrow at the tail. They have very large, sharp teeth and spiny dorsal fins. They have large, fan-shaped pectoral fins and small scales covering their bodies, giving them a silky appearance. The lingcod’s habitat influences its color, which can be browns, grays, blues, greens, black with possible mottled markings.

Where to catch Lingcod

In the U.S., these fish can be found from Alaska all the way down to California. They also live in Mexico and along the east Pacific seaboard. Young fish frequent rocky areas and kelp beds while adults stay out in waters that are up to 350 feet deep. Some adults have been caught at depths of 1,381 feet. 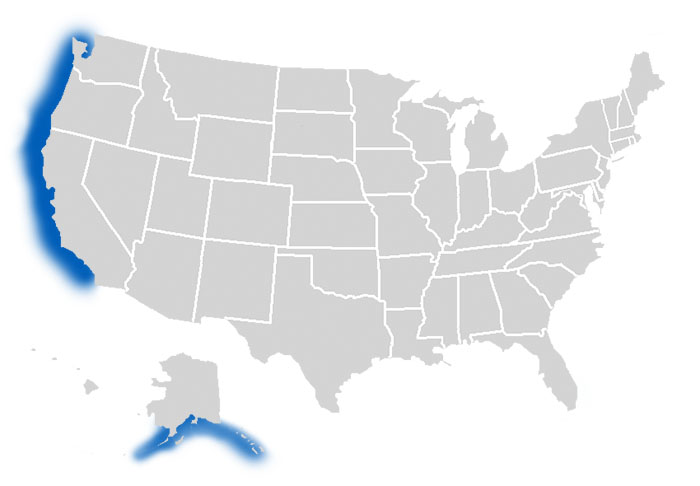 The following are habitats where you can catch Lingcod:

How to catch Lingcod

Lingcod are a highly regarded sportfish. Their aggressive feeding habit often surprises anglers. They strike hard and inhale the hooked bait without relenting until they are pulled up out of the water. The most common method for catching them is using heavy jigs in waters ranging from 30-700 feet deep. Anglers generally use a medium weight conventional setup with a braided line. Other successful methods for catching lingcod include drift fishing and still fishing.

The following are effective fishing methods and techniques for catching Lingcod:

Lingcod respond best to baits, such as flounder, hake, herring, rockfish, cod, crustaceans, and octopus. They can also be caught using metal jigs.

The following are fishing lures, bait and tackle that can be used to catch Lingcod: