Inshore lizardfish can be found inshore in deeper areas with sandy bottoms in the Atlantic Ocean. Anglers can fish for the inshore lizardfish any time of the year, using methods such as drift fishing, still fishing, and bottom fishing. These fish aren’t picky and can be caught with both lures and baits.

How to identify Inshore Lizardfish

The inshore lizardfish has a long, slender body with backs and flanks that range from dark green to brown. Their abdomens are whitish-yellow, and their snouts are pointed. These fish have a large mouth with teeth in the upper palate, and an upper jaw that goes past its eyes. The dorsal fin on the inshore lizardfish lacks spines but has 10-13 soft rays. Its maximum weight is generally around two pounds, with the males usually weighing less than the females.

Where to catch Inshore Lizardfish

These fish can be found in the Atlantic from Puerto Rico to Jamaica, up to Cuba and over to the Bahamas and Caribbean, the northern Gulf of Mexico, and the eastern seaboard of the U.S. up to New Jersey. While they prefer inshore sandy, silty bottoms, they can also be found in deeper waters up to 590 feet deep. 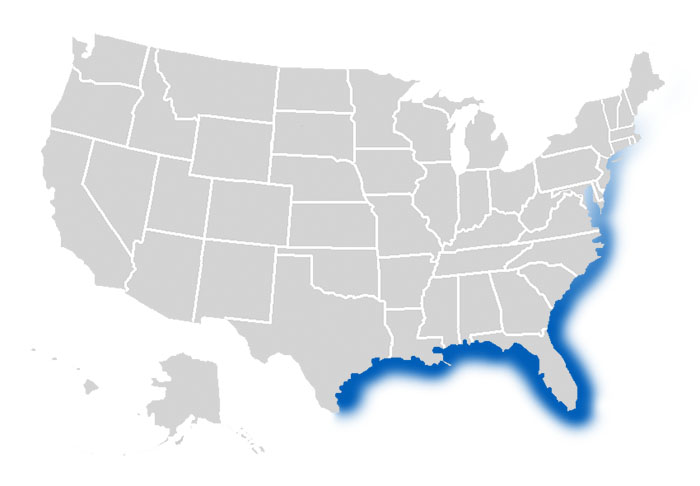 The following are habitats where you can catch Inshore Lizardfish:

How to catch Inshore Lizardfish

Although anglers can fish for inshore lizardfish year round, the best time to catch them is between the months of March and June during spawning season. These fish are relatively easy to catch and generally surprise anglers who are fishing for something else. The inshore lizardfish will jump out of the sand to grab their prey. They also hide in sand and mud for protection against being preyed upon. They will hit on almost any baits or lures available. The best way to catch them is by still fishing or drifting.

The following are effective fishing methods and techniques for catching Inshore Lizardfish:

Inshore lizardfish will hit on baits or lures. Good options for bait include squid, sabikis, pile worms, and other strip bait.

The following are fishing lures, bait and tackle that can be used to catch Inshore Lizardfish: