Thanks to their pig-shaped snouts, the hogfish is not an easy fish to catch. In North America, they are found from South Carolina to the Gulf of Mexico. These fish tend to stick near reefs and can be caught by drift fishing, still fishing, and night fishing with live shrimp. 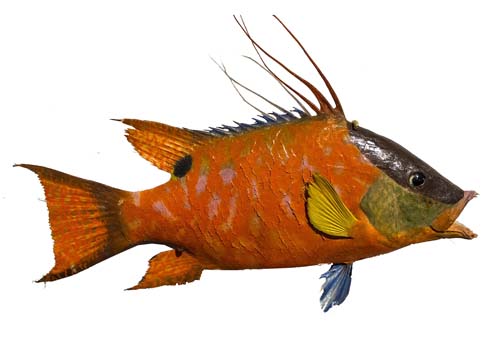 How to identify Hogfish

Hogfish have a thin, flat body that has a highly arched back and crescent-shaped tail. Their dorsal fins have three long spines in the front, followed by shorter spines. This fish got its namesake because it’s snout resembles a pig. It used this snout for digging around water bottoms as it looks for food. Its canine teeth stick out from a set of powerful jaws, which are used for crushing crustaceans. It’s markings and color are determined by its age, gender, and habitat. Typically, these fish are a mix of white and red and feature a purple or burgundy band from the snout to the dorsal fin. The females have muted markings, whereas the markings on the males are vibrant. Young hogfish have dark, rusty-gray markings.

Where to catch Hogfish

Hogfish can be found in Bermuda, from South Carolina down to Florida, and in the Gulf of Mexico. They prefer to stick to waters ranging from 10 to 100 feet deep. They can often be found in areas with sandy bottoms or rocky coral reefs. Smaller groups of these fish are common near the reefs of Gorgonian corals. Larger hogfish are more prone to be in the middle of reefs, whereas small ones stay along the edges. 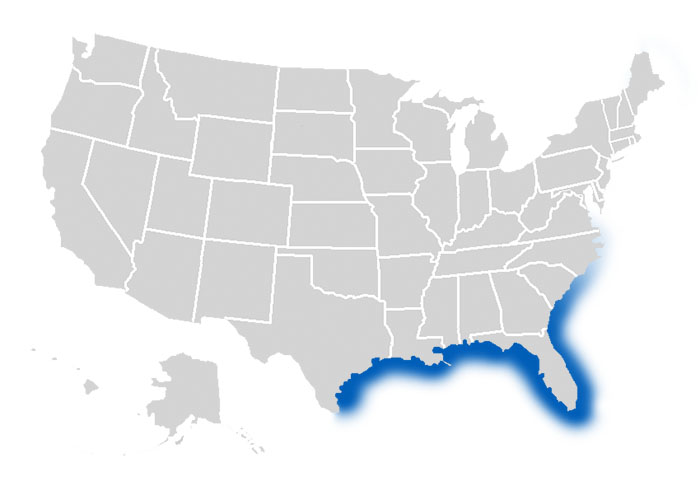 The following are habitats where you can catch Hogfish:

How to catch Hogfish

Hogfish are notoriously hard to catch. Their pig-shaped snout makes them difficult to catch using a typical hook and line. Many anglers catch hogfish using light-bottom tackle while anchoring over hard bottoms. Others prefer trying their luck with spearfishing, drift fishing, or night fishing. These fish are known to strike very fast, so anglers need good reflexes to catch them. Look for them near rocky, structured areas with plenty of shellfish. They also like to hide in the small cracks of live corals.

The following are effective fishing methods and techniques for catching Hogfish:

The best bait to use for hogfish is live shrimp. The sounds of the struggling shrimp attract the hogfish. Mud crab, squid and spiny lobster are also good choices.

The following are fishing lures, bait and tackle that can be used to catch Hogfish: