The Dolly Varden is found in freshwater and coastal waters of the Northern Pacific as well the as waters surrounding Alaska, Canada Russia, Japan and many others. The best fishing techniques for Dolly Varden include fly fishing and drift fishing using salmon roe.

How to identify Dolly Varden

It’s hard to tell a Dolly Varden from a bull trout because they are closely related and share similar characteristics. There is quite a bit of false information on the Dolly Varden species. The continued scientific debate over its distribution contributes to misleading details that can make it difficult to correctly identify this species. The Dolly Varden has a more rounded body, smaller head, and less prominent jaw than the bull trout. Its body is usually a gray or olive green color that fades to white on its belly. They have pale yellow and red-orange spots on their sides. When spawning, the bellies of the males have a bright orange streak.

Where to catch Dolly Varden

Dolly Vardens are found in some landlocked areas as well as ocean waters that include the Sea of Japan, the Aleutian Islands, Alaska, and north-northwesterly regions of the southern U.S. These fish live in saltwater during the winter, then move to nearshore waters in the summer. Spawning season for the Dolly Varden is in the fall when they return to the spot where they were born. 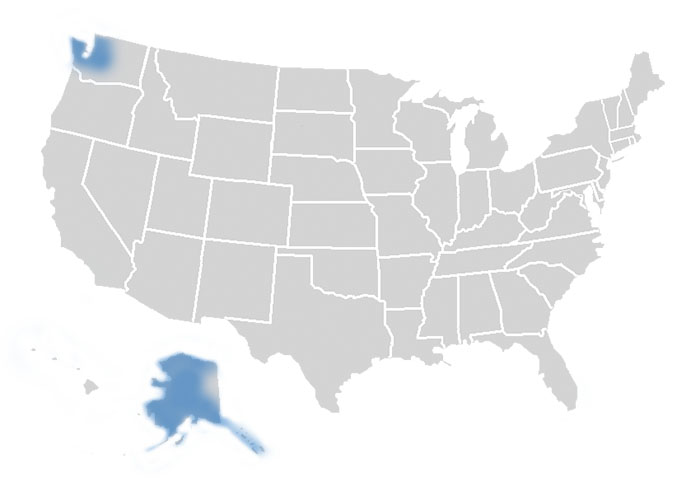 The following are habitats where you can catch Dolly Varden:

How to catch Dolly Varden

Dolly Vardens are a plentiful species, although they are regulated in the U.S. and Canada. The best time to catch them is during spawning season using salmon roe. They can be found in lake outlets and at the mouth of rivers before spawning season. Be aware that these fish are known to be strong fighters and can easily break fishing lines. The best methods for catching Dolly Varden include fly fishing, drift fishing and still fishing.

The following are effective fishing methods and techniques for catching Dolly Varden:

The best bait to use for Dolly Vardens is salmon roe or aquatic insect naiads.

The following are fishing lures, bait and tackle that can be used to catch Dolly Varden: