Chum salmon live in both fresh and saltwater. Chum salmon are easiest caught by casting line and bait next to a school of salmon using chartreuse-colored files or prawns for bait. Other effective fishing methods include spin casting, drift fishing and fly fishing.

How to identify Chum Salmon

Sea-versions of chum salmons are silver, absent of any pronounced black markings. They do, however, have mottled markings on their upper flanks and back. During spawning, males display a very distinctive, dark-green color with vertical wine-colored markings on each side. This is a tried and true way to identify a species of Pacific salmon. Spawning females, on the other hand, have the same coloring and markings but are much more muted. Potentially named “dog salmons,” spawning males expose their large teeth which may have led to the nickname. These fish weigh about 5-10 pounds, with some reaching weights as high as 25 lbs.

Where to catch Chum Salmon

The chum salmon can be found in the Bering Sea, Sea of Japan, Arctic Ocean, Pacific Ocean, and the Sea of Okhotsk and inland waters of the U.S. and Canada. It will travel up to 1,200 miles upstream. Canadian chum go a great distance traveling from the MacKenzie River in the Northwest Territories to the Slave River to the border of Alberta. Chum salmons, with the exception of those that are landlocked, spend the majority of their time in the ocean, returning to freshwater rivers, streams, and creeks when it’s time to spawn. They’re typically fished in the ocean at a depth of 15-40 feet. 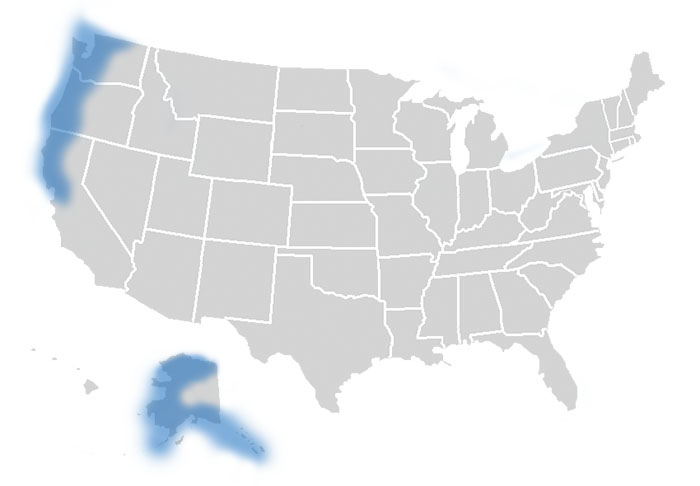 The following are habitats where you can catch Chum Salmon:

How to catch Chum Salmon

Light spin-casting and fly tackle are popular methods chosen by anglers for this specific fish. Chums are “light-biters” that refrain from hard strikes. These fish are relatively easy to catch, but they are easily frighted, so anglers should aim their bait for a specific fish at the edge of a school.

Anglers often catch this fish while fishing for other species. Look for these fish in river openings from mid to late June. The chum salmon reaches spawning ground in November/December. Harsh weather conditions make it difficult to catch this fish in the winter, and because of this, they are not particularly sought after by anglers.

The following are effective fishing methods and techniques for catching Chum Salmon:

The chum salmon responds well to chartreuse-colored flies. Pink and purple flies are said to work good as well. Those who want to use bait should opt for prawns.

The following are fishing lures, bait and tackle that can be used to catch Chum Salmon: