California Yellowtail, also known as Yellowtail Amberjack, is a popular game fish for both anglers and commercial fisherman. The California Yellowtail feeds near the bottom of the water column in tropical and temperate waters throughout the Pacific Ocean, with concentrations near near Catalina and San Clemente Islands, in the Santa Monica Bay and off Long Beach, Newport Beach, Dana Point, and San Diego. The best methods for catching California Yellowtail are drift fishing, jigging or still fishing above kelp beds or reefs using live bait.

How to identify California Yellowtail

The California yellowtail’s vibrant yellow tail makes it easy to identify. It has brightly colored fins and a long, thin body. Its upper body is bluish-green or purplish-green while its underside is white or silver. It has brassy striping on its flanks where the medial line runs from the tip of its snout to its tail. As a close relative to greater amberjacks, the yellowtail has 21-28 gill rakers on the first gill arch, whereas amberjacks have only 11-16.

Where to catch California Yellowtail

Yellowtails are mostly found from Los Angeles, California to Mexico. Some have been seen as far north as Washington state. They can, at times, be found in estuaries even though they are coastal/schooling fish. Large schools of these fish are occasionally found in the Gulf of Mexico. The larger yellowtails tend to migrate less and stay to themselves, whereas the smaller to medium ones seasonally migrate. 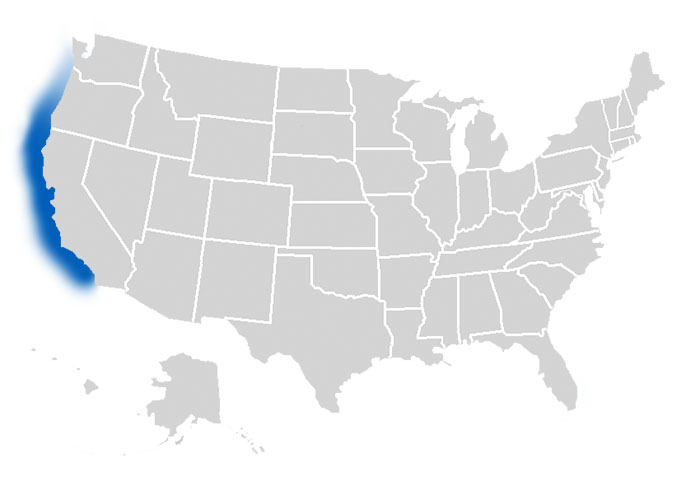 The following are habitats where you can catch California Yellowtail:

How to catch California Yellowtail

California yellowtails feed mainly in the morning and afternoon. They swim deep but can be lured closer to the surface with chum. These fish strike hard at baits and lures. They will run long and hard and may even attempt to short-run two or three times before boating. Anglers find casting, trolling and drift fishing with live bait or artificial lures to be effective. Baitfish are driven into shore by these fish, making it possible to catch one by surf casting as well. Seasoned anglers advise allowing the yellowtail to swallow the bait before bearing down on them. Circle hooks help increase the odds of successfully hooking the fish. For the best chance of catching California Yellowtail, cast over rocky reefs, kelp beds or other underwater structures.

The following are effective fishing methods and techniques for catching California Yellowtail:

The California yellowtail will respond well to almost any bait. While both artificial lures and live bait will work, live bait is the better option because its movement helps attract these fish.

The following are fishing lures, bait and tackle that can be used to catch California Yellowtail: