Bull Shark are found along the entire Atlantic coast. They can be found in lagoons, estuaries, and freshwater rivers, streams and the occasional lake. The best technique for catching Bull Shark is drift fishing or still fishing using chum and cut bait.

How to Identify Bull Shark

Bull sharks are light brownish-gray with white abdomens. They are medium-sized and have long pectoral fins and thick bodies. They have broad, jagged teeth on the top of their mouths and along their jawlines that are triangular. Bull sharks can grow as long as 10 feet and weigh 400 pounds or more.

Where to catch Bull Shark

The aggressive bull shark can be found in freshwater and saltwater and is known to venture pretty far up into rivers. These sharks are found in the Atlantic from Brazil up to New England and Angola to Morocco. Bull sharks will venture into the deep, freshwater rivers, streams, and even lakes. They prefer waters in the seventy-degree range, and as it gets colder, they go move back out to the ocean’s Gulf Stream, where it’s warmer. In the summer, they venture into cooler waters. 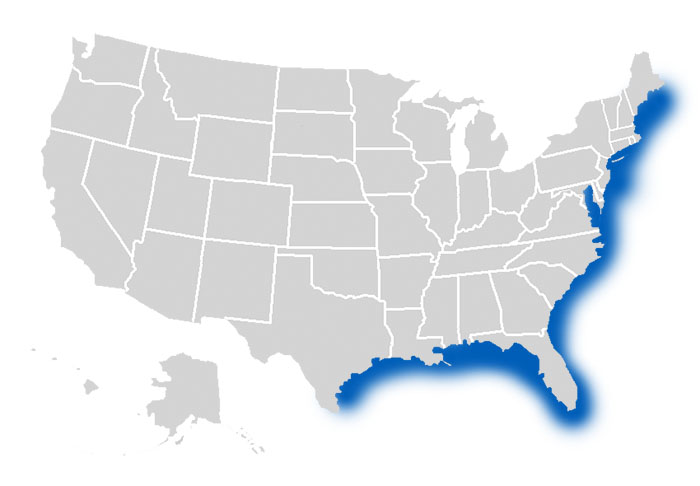 The following are habitats where you can catch Bull Shark:

How to catch Bull Shark

As with other sharks, anglers fishing for bull sharks should first set out a bucket of chum to help attract them closer to the boat. Effective methods for catching Bull Shark include drift fishing, still-fishing, surf casting and spin casting using dead baits. Since they have a good sense of smell, the most effective baits to use are those that are oily or have a strong scent. Cut fish dipped in tuna oil is one of the most effective bait options, as is eel. Bull sharks that are near the surface will also hit on topwater lures, such as flies and plugs.

The following are effective fishing methods and techniques for catching Bull Shark:

Bull sharks respond well to dead, cut baits, such as bonita, amberjack, mackerel, eel, or barracuda. Dipping the bait in tuna oil has proven to be especially effective. Bull sharks can also be caught with topwater lures, such as plugs and flies.

The following are fishing lures, bait and tackle that can be used to catch Bull Shark: