The Bonnethead Shark is a type of hammerhead shark that lives in the shallow waters of bays, estuaries, and channels along the coastline. The are found from North Carolina to the Gulf of Mexico and southern California. The best technique for catching Bonnetheads is with hook and line using chunked blue crab or pieces of fish.

How to identify Bonnethead Shark

The bonnethead shark has a flat head that features rounded lobes with eyes on each end. As it swims, this shark’s head sways from side to side. Its downward-arching mouth is helpful for foraging. Its moderate, compact body does not have a mid-dorsal fin. In addition to its spade-shaped head, the bonnethead shark can be differentiated from other sharks by its greyish-brown body that slowly lightens as it moves towards the shark’s underside.

Where to catch Bonnethead Shark

Bonnethead sharks can be found abundantly in the waters of the western Atlantic, starting near North Carolina and going south to Brazil, Cuba, Bahamas, Caribbean, and the Gulf of Mexico. It can also be found in the Pacific from southern California to Ecuador. Bonnethead sharks prefer shallow waters, such as channels, bays, and estuaries, because this is where they can find their favorite food – crustaceans and fish. In spring, summer, and fall, this shark is commonly found living just off the Gulf of Mexico and Florida coastlines. It can also be found in the inland waters of Georgia and North/South Carolina in the summer. During the winter, bonnethead sharks migrate towards the equator in search of warmer waters. 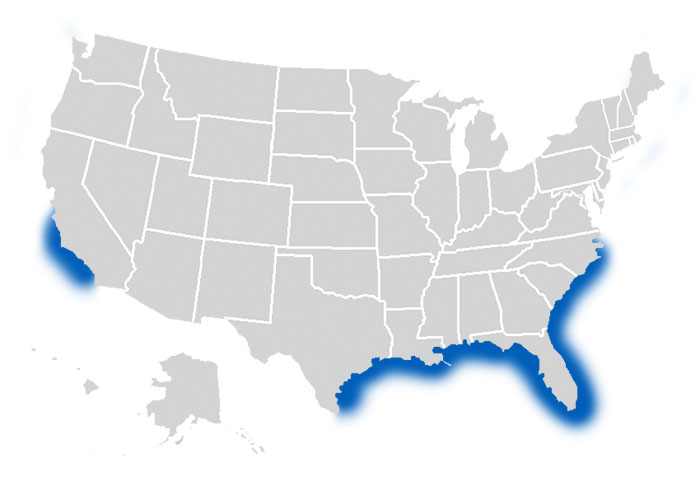 The following are habitats where you can catch Bonnethead Shark:

How to catch Bonnethead Shark

Bonnethead sharks tend to stick close to the shore and are easy to find. Still, they can be difficult to catch. Those who do happen to hook one will be in for quite a fight. These sharks are known to be very tough fighters. Techniques for catching bonnethead include chumming, bait casting, spin casting and drift fishing using chunked blue crab or cut up pieces of fish.

The following are effective fishing methods and techniques for catching Bonnethead Shark:

Since bonnethead sharks are so strong, anglers should opt for a stout rod and reel that includes a 20-pound test line at the least. It is also advisable to have 3- to 4-foot monofilament or wire leaders, a sliding sinker, and a large circle hook. For bait, try fresh bits of crab.

The following are fishing lures, bait and tackle that can be used to catch Bonnethead Shark: