Bonefish are a popular sportfish but not a popular table fare. Anglers target Bonefish for the challenge they present as a game fish. The best technique for catching Bonefish is drift fishing or spinning-reel with hook at bait at the edge of a school. Working finger channels and chumming is also effective. The best bait for catching Bonefish is jigs, flies, shrimp or pieces of fish.

How to identify Bonefish

The bonefish has a prominent, cone-shaped snout and a spindle-shaped body. Its fins are filled with soft rays. There are no scales on its head; however, it has anywhere from 65-73 scales on its the lateral line. The bonefish flanks and abdomen are a bright silver color, while its fins and snout are a dark yellow. These fish are schoolers with the smaller ones forming larger groups.

Where to catch Bonefish

Bonefish live in warm, shallow waters in the tropics and subtropics. These fish live in the Atlantic Ocean, Pacific Ocean, Caribbean Sea and Gulf of Mexico. They tend to stick to tidal and intertidal areas. 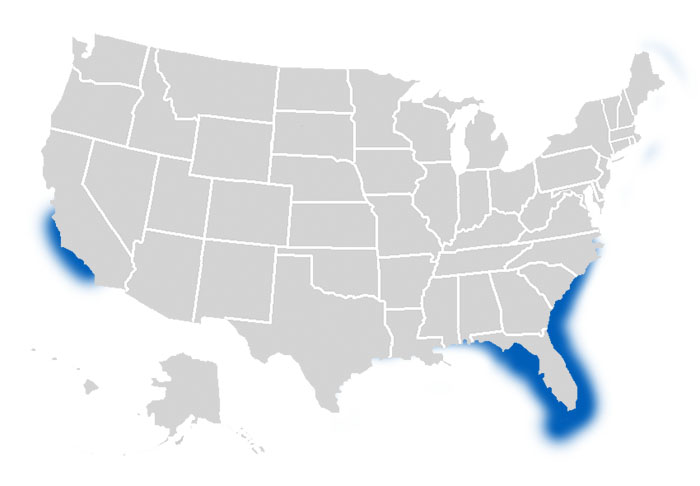 The following are habitats where you can catch Bonefish:

How to catch Bonefish

The tails of bonefish are often seen breaking the surface of the water as they root in sands of shallow waters. This practice is known as tailing. When fishing for tailing bonefish, don’t simply cast a hook out into the middle of the school. Instead, the best method is to place the bait or jig on the edge of the school, aiming for specific fish. The cast needs to be as precise as possible so as not to scare the other fish.

When hooked, these fish are fierce and powerful fighters with the ability to run hard. Bonefish can be caught using plugs, crustaceans, flies, spinning-reel off of skiff, or wading tidal flats. Look for them at fishing depths that range between 6”-10’.

The following are effective fishing methods and techniques for catching Bonefish:

Bonefish respond well to bait, such as crustaceans, sea worms, urchins, and small fish. They can also be caught using jigs and flies.

The following are fishing lures, bait and tackle that can be used to catch Bonefish: