Blue Shark are found in deep coastal waters at depths up to 1,200 feet. They prefer warm to cooler waters. The best techniques for catching Blue Shark including chumming, trolling and drift fishing using squid, mackerel, sardines or herring.

How to identify Blue Shark

Their vibrant hues of blue coloring make it easy to identify the blue shark. Their dorsal fins are dark blue, which graduates into lighter colors on the sides, then changes to white on the abdomen. The upper jaw has large, serrated teeth with two additional teeth margins, one with broad building teeth, the other with concave teeth. The teeth in the lower jaw are narrow and sharp. This fish has a cone-shaped snout that is much longer than the width of its mouth, while its body is sleek and streamlined. Having large eyes, the blue shark also features long/pointy pectoral fins and large dorsal fins that are located near its pelvic fins.

Where to catch Blue Shark

Although it’s a common species of shark, the blue shark can be found in cool sea waters where it often swims near the surface. In warmer, tropical waters, it tends to swim deeper, usually sticking to the 650-110 feet range. Blue sharks are found in the Mediterranean, and sometimes they are even spotted in the Gulf of Mexico. They won’t, however, be found in the Baltic/Red Seas. 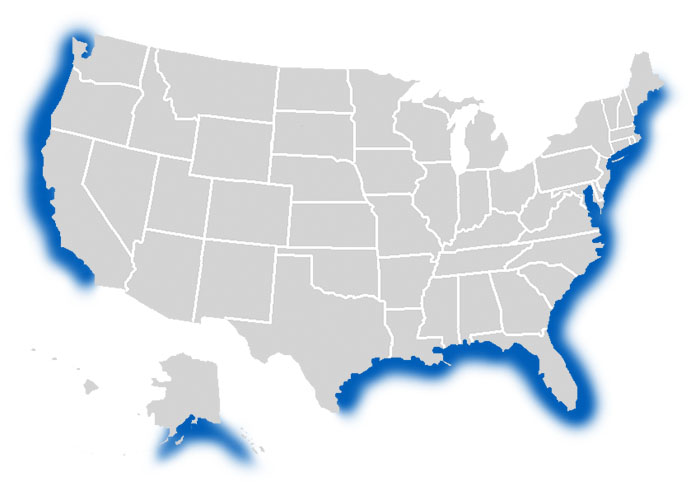 The following are habitats where you can catch Blue Shark:

How to catch Blue Shark

Angers have the most success catching the blue shark by trolling with large, dead bait or by drift fishing. Blue sharks won’t generally just go after bait. This is where chumming comes in handy. It is highly recommended to set out a bucket of bloody chum to help attract the sharks to the area where the bait is set. This will greatly improve the chances of a catch.

As with any shark, the blue shark can get very aggressive when caught, so anglers should be sure to keep the line at least 20 feet away from the ship. Once the shark takes the bait, it should be reeled in slowly. The line should be able to withstand at least 200 pounds to avoid breakage.

The following are effective fishing methods and techniques for catching Blue Shark:

The following are fishing lures, bait and tackle that can be used to catch Blue Shark: