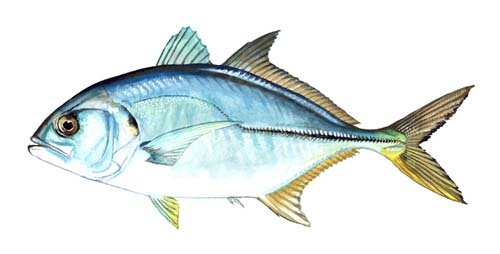 How to identify Blue Runner

The blue runner has a slightly pointed snout and an elongated body. Its coloring ranges from blue-green to dark greens on its back with silver-gray-bronze flanks, white abdomens, and translucent/blue-green fins. Its lower jaw has one row of small teeth, whereas its upper jaw has random canine-like teeth. These fish can grow as long as 28 inches and weigh up to 11 pounds.

Where to catch Blue Runner

Blade runners can be found in the Atlantic from Brazil up to Canada and Angola to the U.K. They tend to stay near structural environments inshore and offshore, including reefs, pilings, boulders, etc. The younger fish prefer the shallow waters of lagoons and reefs. As they mature, they leave the shallows for the deep. Although anglers can catch blue runners all year long, the optimal time to snag one is during their spawning seasons, which run from June – August in the Gulf of Mexico and from January – August in northwestern Florida. Angers have even caught blue runners in and around the Delta in Mississippi, showing evidence that they tolerate low-saline water. 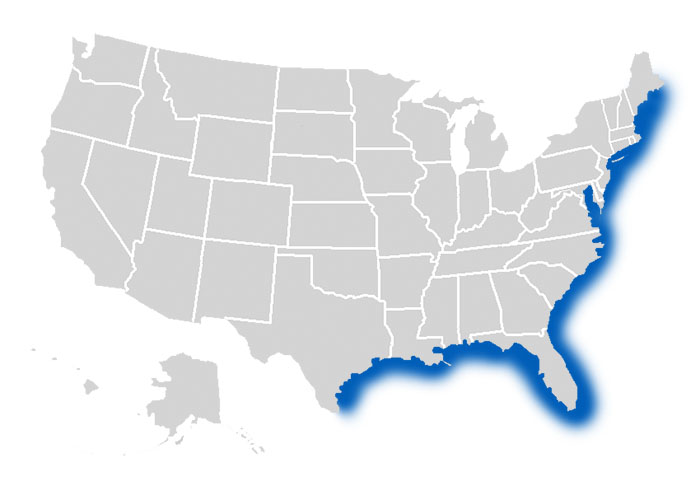 The following are habitats where you can catch Blue Runner:

How to catch Blue Runner

The blue runner can be a difficult fish to catch. Since they are known to be a strong fish, anglers should make sure they use the right kind of tackle and bait. Rigs should be weighted with 50-60 pound test, such as Sabiki. Blue runners tend to stay around buoyant objects and shipwrecks, so jigging around these areas is effective. Chum the area to attract the fish, then troll casually towards the target area with a mackerel spoon baited with squid or shrimp. Another productive method for catching these fish is the hook and line.

The following are effective fishing methods and techniques for catching Blue Runner:

Blue runners respond best to bait such as mackerel, shrimp, and squid.

The following are fishing lures, bait and tackle that can be used to catch Blue Runner: