Blacktip shark are found in muddy bays, estuaries, island lagoon and coastal waters at depths of 100-200 feet. They tend to frequent artificial reefs where the feed on sardines, herring, mackerel and flatfish. The best techniques to catch Blacktip sharks include chumming, bait casting, drift fishing and jigging using mackerel, herring, anchovies and other fish.

How to identify Blacktip Shark

The coloring on blacktip sharks is dark grey, ash blue, or dusky bronze along its back with a white or yellow-white underbelly. Its pelvic fins often have spotted tips. They have a dark band of color that runs from the front of their bodies, along their sides, down to where their pelvic fin begins. The blacktip shark’s body is stout and long. Its pointed snout helps it stand out from other species. Other identifying characteristics include longer gill slits and narrowly pointed upper teeth.

Where to catch Blacktip Shark

Blacktip sharks travel internationally and prefer warm, tropical waters. They can be found near continental shelves both in and offshore. These sharks aren’t picky when it comes to habitats and have been caught at river mouths and estuaries, as well as in mangrove swamps, lagoons, coral reef drop-offs, and muddy bays. 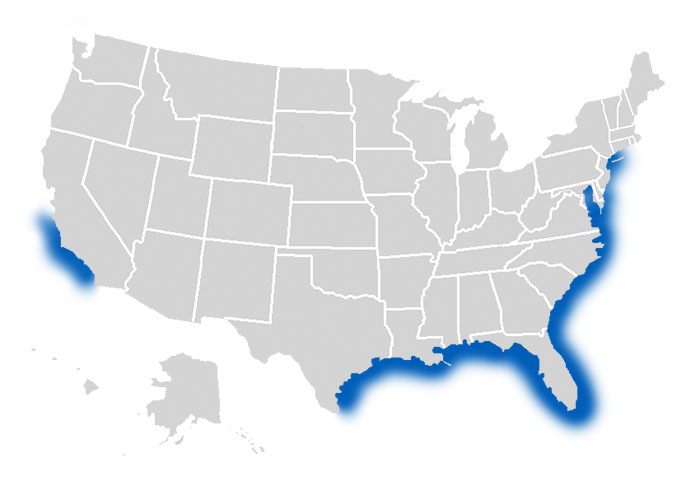 The following are habitats where you can catch Blacktip Shark:

How to catch Blacktip Shark

Blacktip sharks can be challenging to catch. Fishing for them requires a heavy-braided line and equipment that can handle 20-50 pounds. It is advisable to set up many different lines to help reel them in. They tend to stick to areas near artificial reefs where they can feed on their favorite prey. A good technique is to use chum to attract them to the area near the bait. Bait casting, drift fishing and still fishing are other popular methods for catching Blacktips.

The following are effective fishing methods and techniques for catching Blacktip Shark:

Blacktip sharks will go after both live and dead bait as well as lures and even flies. Try using mackerel, herring, or other fish that are oily and have a strong scent.

The following are fishing lures, bait and tackle that can be used to catch Blacktip Shark: