Blackfin Tuna is a Sushi Quality table fare. The best technique for catching Blackfin is live chumming and trolling using Pilchards and Spanish Sardines. They are found in varying depths in coastal waters. Peak fishing season for Blackfin Tuna extends from September through November, and then again in April through July.

How to identify Blackfin Tuna

Blackfins are the smallest tuna species at an average of 45 lbs. Unlike the cousin the Albacore tuna, the pectoral fins of the Blackfin Tuno do not extend beyond the second dorsal fin. On the first gill arch Blackfin can have anywhere from 19 to 25 gill rakers. This is fewer than other than other types of tuna. While many tuna species have a bright yellow spot of color on their finlets, the blackfin’s finlets are dark and uniform. Blackfins have alternating light-colored bars and spotting on their lower sides. Sometimes the sides of the Blackfin Tuna are bluish-black, with a white underbelly.

Where to catch Blackfin Tuna

Blackfin Tuna regularly migrate from tropical waters to the western Atlantic coast. A will travel as far north as Massachusetts, but this is rare. Their normal range is anywhere from North Carolina to Brazil , including the Gulf of Mexico. Blackfins can be found in coastal waters near the continental shelves. 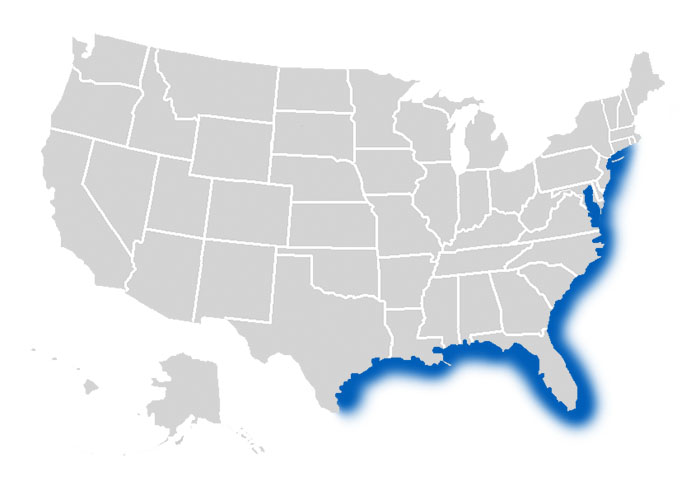 The following are habitats where you can catch Blackfin Tuna:

How to catch Blackfin Tuna

Blackfins are a schooling fish that feed near the surface. They feed on other fish, squid, crustaceans, and plankton. The best methods of catching Blackfin Tuna include drift fishing, trolling, vertical jigging, chunking and bait casting with lures, feathers, jigs, plugs, or live bait. Live bait fishing works best a mile or two offshore and at the surface of the water. Use #30 fluorcarbon leaders and 5/0 to 6/0 size circle hooks.

The following are effective fishing methods and techniques for catching Blackfin Tuna:

The best bait for Blackfin Tuna fishing includes live bait, lures, feathers, plugs and jigs. As Blackfin Tuna have excellent eyesight, you should scale down your leader and hooks. Chumming with pilchards prior to casting will lure Blackfin Tuna into your boat.

The following are fishing lures, bait and tackle that can be used to catch Blackfin Tuna: