Black Drum are found in brackish waters in coastal waters along the entire Atlantic coast of the United States at depths up to 100 feet. The best Drum fishing is in shallow, muddy flats, and oyster beds, but they can also be found near piers, pilings, man-made structures, inlets and estuaries. The best fishing techniques include bottom fishing and fly fishing. 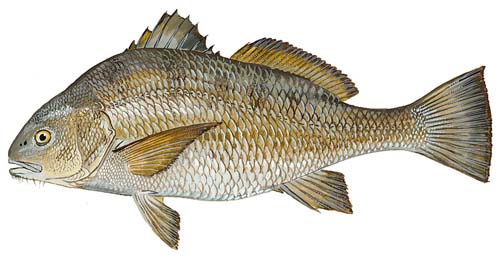 How to identify Black Drum

Where to catch Black Drum

These fish are found in the Atlantic Ocean from Argentina up to southern Brazil, southern Florida, and northern Mexico up to Nova Scotia. These fish school in inshore areas, such as bridges, pilings, breakwaters/jetties, channels, estuaries, bays, clam/oyster beds, marshy areas, and waters with sandy bottoms. 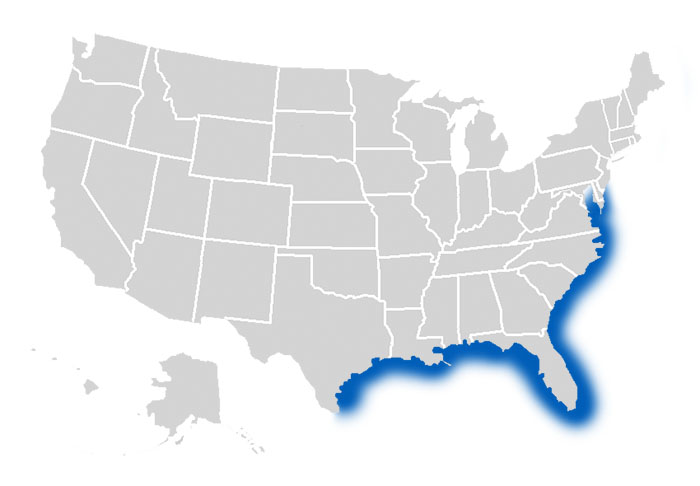 The following are habitats where you can catch Black Drum:

How to catch Black Drum

Those looking to catch black drums often cast off of their boats, fish the bottoms, cast from shorelines, and use a slow, trolling method. The best fishing techniques for Black Drum included bottom fishing and fly fishing using natural bait (e.g. clams), bucktail jigs and heavier flies. The best time to fish for black drums is in the spring during spawning season when they are easier to target because they school together. At other times of the year, they tend to disperse, making them harder to catch.

The following are effective fishing methods and techniques for catching Black Drum:

Black drums respond well to live baits, such as crustaceans, shellfish, and fish. One fo the most effective baits for catching Black Drum is clams. Alternatively, they can also be caught with lures, such as metal jigs, spoons, and weighted bucktails. Black drum rigs including the fish finder and knocker rig are also effective for creating bait presentations that Black Drum can ignore.

The following are fishing lures, bait and tackle that can be used to catch Black Drum: