Atlantic Halibut are a popular table fare through the world. They are found from Canada to Virginia in cold waters (37-41°F) in depths of 150-500 feet. Techniques for catching Atlantic Haliubut include drift fishing and bottom fishing using baits such as squid, mackerels, herring and octopus. Atlantic Halibut will also take heavey jigs, deep drop jibs, swim jigs and pipe jigs.

How to identify Atlantic Halibut

The Atlantic halibut goes by the nickname “cherry bellies” due to the occasional reddish tint on their otherwise white undersides. They have a lateral line that runs straight across most of their body before curving high over their pectoral fin. Atlantic halibut have a large mouth with curved teeth that allow them to feed on almost anything they find.

Recent catches place this fish in the realm of 200-300lbs., although past fish have been reported upwards of 500lbs. Fish of this size are often hard to catch as they can grow to be 7-8 feet long and 4 feet wide. Their average weight is roughly 50-150 lbs.

Where to catch Atlantic Halibut

The Atlantic halibut prefers the cold waters of the North Atlantic, ranging as far as the Barents Sea, Greenland, and Iceland. When found further south, they usually stay in deeper, colder waters. They can be found in North America from the shores of Canada down to Virginia. They mostly live at the bottom of the ocean, but they sometimes hunt near the coastal areas. 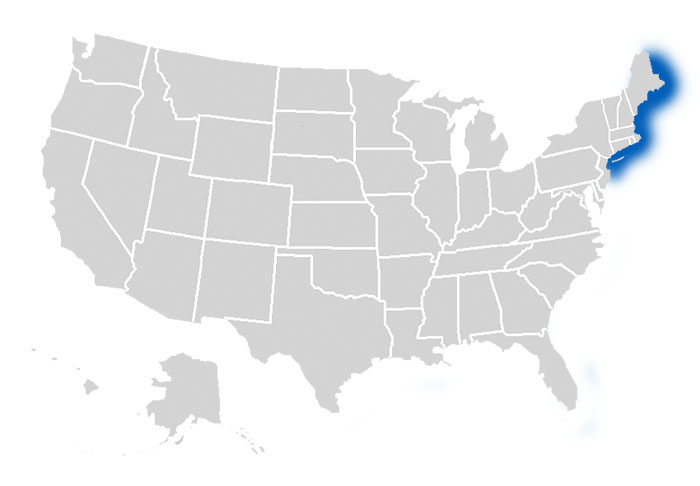 The following are habitats where you can catch Atlantic Halibut:

How to catch Atlantic Halibut

Drift fishing on the bottom of the ocean is one of the best ways to go after the Atlantic halibut. Not just the Atlantic halibut, but halibuts of all kinds are a challenge for anglers, which is often why they are sought out. Coming up from the bottom, these fish will fight the entire way and have to be handled carefully to guarantee a catch. Atlantic halibut that are about to be brought onto the boat should be fully tired out, with no chance of flapping around. The sheer size and weight of even a smaller Atlantic halibut is enough to seriously injure any angler.

The following are effective fishing methods and techniques for catching Atlantic Halibut:

Heavy tackle is necessary when drift fishing for Atlantic halibut. For bait, choose natural, dead bait, such as shellfish, squid, and clams. The best results are often produced by using a variety of baits together. When it comes to lures, the best options are heavy jigs, pipe jigs, deep drop jigs, and swim jigs.

The following are fishing lures, bait and tackle that can be used to catch Atlantic Halibut: