Atlantic Cod is a very popular food fish. They are found in temperate coastal waters living near the ocean bottom over rocky or sandy substrate at a depth of 500 to 600 meters. The best techniques for catching Atlantic Cod are still fishing or drift fishing using artificial lures, diamond jigs, bucktails, spoons and shiny metal squids fished on the bottom.

How to identify Atlantic Cod

The hook-like barbel on the Atlantic cod’s lower chin is what sets it apart from its relatives. The Atlantic cod and other members of the same family do not have spines in their first, second, or third separated dorsal fins. Nor do they have spines on their two anal fins. The backs and flanks of the Atlantic cod are quite colorful, ranging from gray to brown, yellow, red, and green. They have a mottled appearance with pale markings, dark fins, a white abdomen, and a pale lateral line. These fish have a white stripe that runs laterally along the length of their bodies.

Where to catch Atlantic Cod

Atlantic cod are found in the cold waters of the Atlantic Ocean. They can be found in plentiful supply of the shores of Massachusetts and Maine, and as far south as North Carolina.

Atlantic cod prefer to stick near sandy/rocky/shell bottoms at depths up to 1,200 feet deep, but are typically fished a depths between 30 and 500 feet. Their migratory tendencies vary. 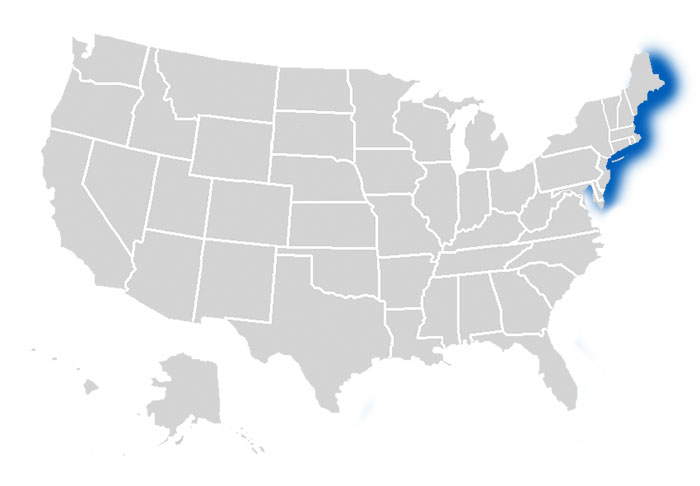 The following are habitats where you can catch Atlantic Cod:

How to catch Atlantic Cod

The following are effective fishing methods and techniques for catching Atlantic Cod:

When fishing for Atlantic cods, it’s best to use large hooks because of their big mouths. They respond well to strips baits, such as fish, eels, capelin, squid, and crabs. If using lures, opt for jigs (chrome diamond or Norwegain type jigs), spinners, spoons, metallic squids, or bucktails.

The following are common fishing lures, bait and tackle that can be used to catch Atlantic Cod: