How to identify Almaco Jack

Where to catch Almaco Jack

Almaco jacks can be found in the west Atlantic Ocean in the deep waters from Brazil to Massachusetts, in the Gulf of Mexico and in parts of the Pacific Ocean. They can also be found in sparse amounts above the Carolinas. Compared to greater amberjacks, they are a more ocean-going jack that prefers deeper waters. They often visit areas around structures, such as rocks, pilings, offshore gas/oil platforms, shipwrecks, and reefs. 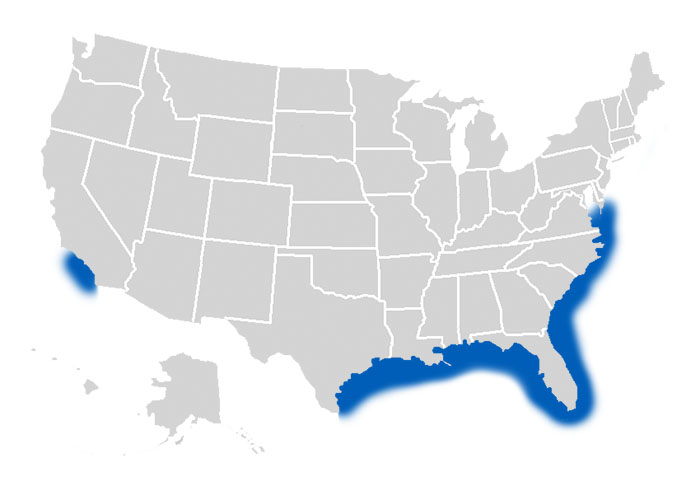 The following are habitats where you can catch Almaco Jack:

How to catch Almaco Jack

Once one of these fish strikes, be prepared because they put up a fight and are known for their long, hard runs. Because of this, anglers consider them a prized fish. Because they are so strong, it is recommended that anglers make sure their gear is in top shape before attempting to catch them. Various methods work for catching almaco jacks, including using dead nets, jigging, or trolling with live bait. Anglers can also try using the yo-yo technique when fishing in deep waters. The following are effective fishing methods and techniques for catching Almaco Jack:

Almaco jacks respond well to bait, such as squid or shrimp. They will also hit on lures, such as jigs, plugs, and spoons. When using the yo-yo technique, anglers should choose a jig or lure that matches the color of the bait. The following are fishing lures, bait and tackle that can be used to catch Almaco Jack: