Saugeyes are known to be an excellent-tasting sport fish. They are primarily found in the central U.S. A hybrid of the sauger and walleye, saugeyes are found in areas where both of these fish are present. When targeting them, anglers use a variety of methods, including drift fishing, bait casting, fly fishing, still fishing, and trolling.

How to identify Saugeye

Saugeyes are a hybrid species naturally created by male saugers mating with female walleyes. Saugeyes are often mistaken for either one of the parent species. To tell the difference, anglers often look at the coloring and markings on the fish. Saugeyes typically having dark brown backs and distinctive, saddle-shaped markings. They also have a white marking on the bottom tip of their tails. There is one long, dark mark along the base of the dorsal fin in saugeyes, whereas saugers have several rows of markings.

Where to catch Saugeye

These fish are found in the central U.S., with concentrations in basins and tributaries associated with the Mississippi River. They can be found as far up as Michigan and a far down as Mississippi. Saugeyes naturally coexist in areas where walleyes and saugers are present. 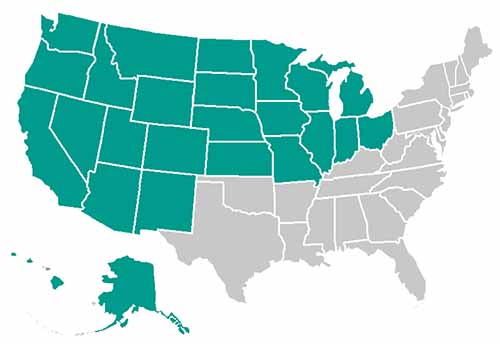 The following are habitats where you can catch Saugeye:

How to catch Saugeye

Saugeye are considered by anglers to be a sport fish. They are also considered to be excellent to eat. Just like their parent fish, saugeyes are caught with bait casting or light-spinning tackle using lures or live bait. Other effective methods for catching them include drift fishing, fly fishing, still fishing, and trolling. The best time for fish for them is at night. Look for them in the clear waters of reservoirs, especially near drop-offs. In the winter and spring, they will travel up rivers and gather just below dams in slower water.

The following are effective fishing methods and techniques for catching Saugeye:

Saugeye will hit on both bait and lures. For lures, try crankbaits, spinners, and spoons, and for bait, use worms and minnows.

The following are fishing lures, bait and tackle that can be used to catch Saugeye: