Thanks to their ability to help control mosquito populations, mosquitofish can be found throughout the world. They are sometimes used for baitfish or purchased for use in personal ponds. Though they can be useful, these fish have also harmed the ecosystems in some of the areas in which they were introduced.

How to identify Mosquitofish

Where to catch Mosquitofish

Mosquitofish are present throughout the world in areas where they were introduced as a natural way to control high concentrations of mosquitoes. Unfortunately, this introduction has had a negative effect on those ecosystems. These fish are found in shallow waters of the Gulf Coast, northeast Mexico, along the Mississippi River, southern Illinois, and in southern Indiana. 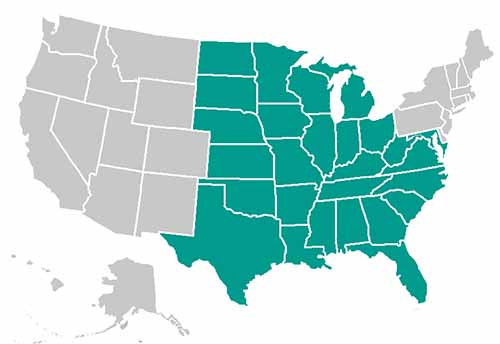 The following are habitats where you can catch Mosquitofish:

How to catch Mosquitofish

Because they are small, mosquitofish are generally not a target for most anglers. Some people will try to catch them to either use them as bait or sell them for commercial purposes. People will sometimes buy mosquitofish for their personal ponds to try to help control the mosquito population. Mosquitofish can be captured using nets or traditional minnow traps.

The following are effective fishing methods and techniques for catching Mosquitofish:

Though mosquitofish generally eat larvae, they will eat cat or dog food that is placed in a minnow trap.

The following are fishing lures, bait and tackle that can be used to catch Mosquitofish: