The Arbor Knot is a simple knot named for its purpose: to tie the fishing line to “spool center,” also known as the “arbor.” This knot is a variation on a noose knot, which means that pulling on it tightens it, making it very secure. But the goal of the Arbor Knot isn’t to withstand all the pulling force of fish if it takes the line all the way down to the reel; instead, it is to make sure that you can pull your reel and rod out of the water using your line if it even goes overboard. You can use an Arbor Knot to attach your line to basically any type of spool on any type of rig, such as spinning, bait casting, or fly reel.

Another similar knot to the Arbor is the Uni Knot, modified to just one or two wraps of the line to attach it to the reel instead of the usual five to six it uses for tying on a hook. Learn how to tie the Arbor Knot following the 9 easy steps below.

Step 2: Pass your fishing line around the arbor of the spool… 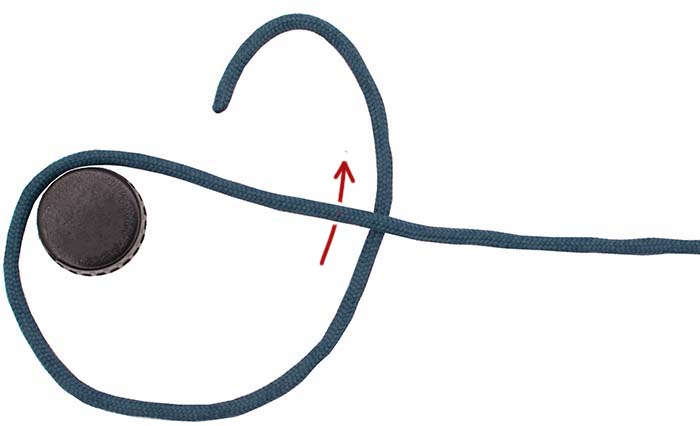 Step 4: With the free end, tie an overhand knot around the standing line.

Step 6: …around the standing line.

Step 8: …in the free end of the line to act as a stopper.